Look, we all already know if we’re getting the Mass Effect Legendary Edition 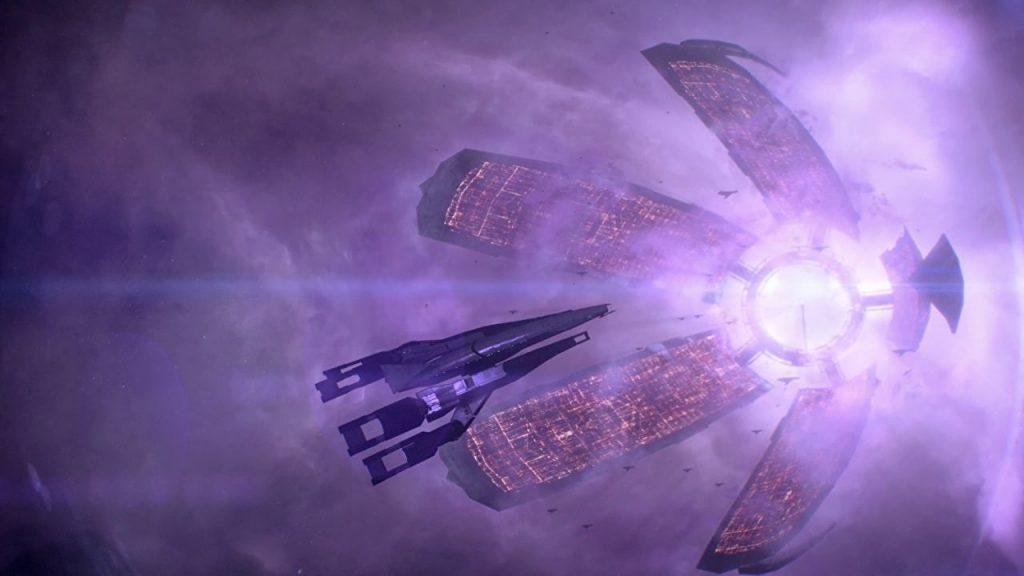 I love Mass Effect. I am the BioWare liker. Give me an RPG with a weird setting and some non-humans to be friends with and possibly smooch, and I’ll have a hell of a time. When people ask “what is your favourite game?” (which used to genuinely be on the interview set questions for Gamestation when I worked there) I usually say “Mass Effect 2, but with the context of having first played Mass Effect.”

As such, I am the consumer who is targeted by the Mass Effect Legendary Edition. All three spaceventure ME games in one remastered package? Sign me up! So far I’ve only played a bit of the first game, in its spiffy new 2021 get up, and all I can say is “Hooboy, this sure is some Mass Effect!”. That’s good, because Mass Effect is good. And it’s the only thing that really needs to be said, because it doesn’t really matter what any of the reviews say: you already know if you’re getting it or not.

There is a little bit more I can say, I guess, that might sway people who are on the fence. No remaster of Mass Effect could ever be properly bad, because it’s a remaster of Mass Effect. Your starting premise is too good. It’s like ordering a pizza: whatever the specific variables involved in the pizza, you still get to eat a motherfucking pizza.

And now it has, like, nicer textures and lighting and that. Alien kisses in better definition. ME1 also has controls and UI more in line with the other two games, so there’s way less confusion going from it straight into the other games. The Mako space-ATV no longer handles like you’re doing the commute in a rocket-propelled flipflop. There are smaller changes like inventory size being bigger that just make it feel a bit less early-00s to play.

But on the other hand, the PC version doesn’t have any terribly exciting settings for those of you that enjoy tweaking stuff to really juice a game’s performance. I’ve also had a couple of bugs that aren’t game breaking but are extremely annoying. A couple of times the game – which you launch from a dedicated screen to launch all three games, ‘cos for some reason you have to download them all at once since the Legendary Edition is three separate games standing on each other’s shoulders in a 120GB trench coat – has just lost all sound, apart from on the loading screens. And, and this is very persistent, two or three times during every fight, I just won’t be able to aim or fire at all, and I have to cycle through my guns until, I guess, the trigger shakes loose. In a shooter game, this is less than ideal.

But honestly: how many people are on the fence about getting this? You already are or you aren’t. If you have never played Mass Effect before, then you absolutely should get this edition. This is the easiest and prettiest way to play what is widely regarded – I would almost say indisputably – as one of the greatest trilogies ever made. Not even just of games, of all things ever. Mass Effect is great! The action, the drama, the cold frontier of space!

It’s harder to say, honestly, if you already own these games on PC that you should bother getting this. Just slap some mods on the first ME’s ass if you want the nicer visuals, and keep on trucking. The benefit is mostly for console players, because we’re a few generations out from ME’s original release and this will just make it way easier and more funner to play on e.g. your eggbox. Thinking with my head, I’d say PC players don’t need it.

But for Mass Effect fans, it’s not really head-thinking time. This is heart-thumping time. This is seeing that cinematic where you first fly down to the Citadel time. This is saving Ash or Kaiden time. This is saving the universe time, baby! So if you want to get the Legendary Edition, it’s probably not the sensible decision. Depending on your stance on EA these days, you could argue it’s not the ethical one either. But I can’t tell you you’re wrong if you do get it (unless you’re buying it instead of food or heating, in which case do not do the thing). And even if I did, you’d probably ignore me, because I’m 99% sure everyone has basically made up their mind already. And that’s okay, because I’m right there with you.