Home » Looks Like EA is Serious About Changing FIFA Name

Looks Like EA is Serious About Changing FIFA Name 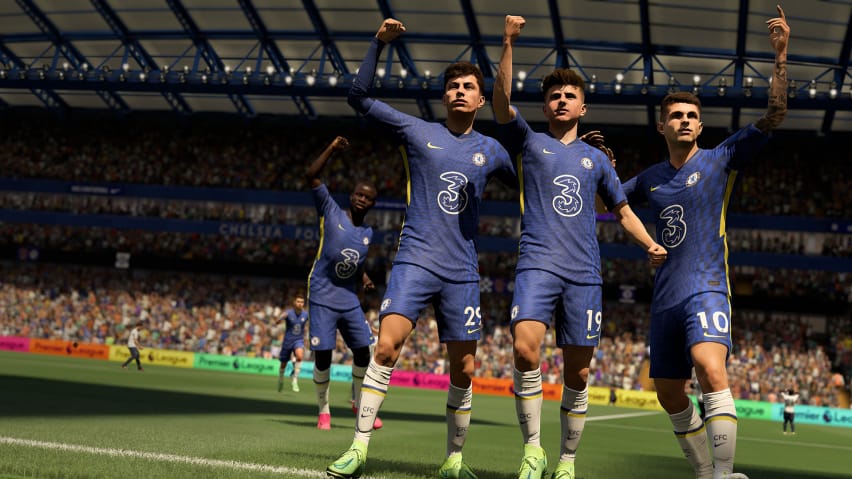 It looks like EA was serious when they announced that they were thinking about using a different name for their long-running FIFA series. With FIFA 22 being incredibly successful, allowing some loot boxes to be previewed, and generally not being eFootball 2022, players are generally happy with the latest FIFA title, so on that front, they have nothing to worry about at least. It’s just FIFA themselves that seem to be the problem.

A 77 score on OpenCritic is nothing to scoff at either. It seems weird from the outside looking in that EA is considering a break with branding that’s seen it already have over 9.1 million players in six days. But hey, money talks, and it looks like FIFA is going to have to, well, play ball with EA.

“As we look ahead,” said EA SPORTS Group GM Cam Weber in an earlier press release, “we’re also exploring the idea of renaming our global EA SPORTS football games. This means we’re reviewing our naming rights agreement with FIFA, which is separate from all our other official partnerships and licenses across the football world.”

Going by a trademark that was filed on October 1st in the UK, it looks like EA Sports FC is what EA is thinking of using in place of FIFA 23. It’s also been filed with the European Union, so if negotiations don’t work out with FIFA then EA already seems to have a name lined to use for next year.

There’s a decent amount of time until FIFA 23 would be coming out, so I’m sure that EA and FIFA will come to some sort of agreement over the next six to eight months. If not, then well it looks like we’ll be using the less catchy name of EA Sports FC for next year.