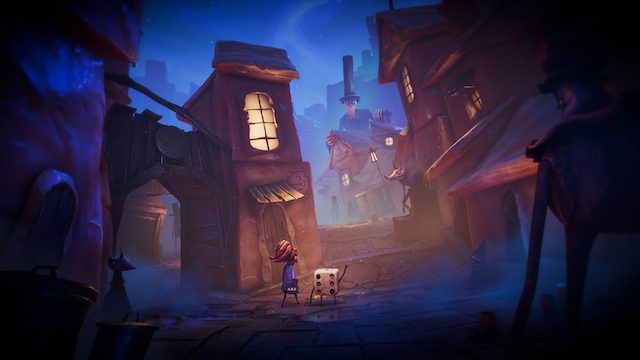 Developers Zoink released some more behind-the-scenes looks on its recently released game Lost in Random on Wednesday, focusing on some of the concept art from the game.

MORE: How Back 4 Blood Is Trying to Build the Biggest Audience Possible

One of the main highlights of Lost in Random is in its style, which focuses on a more gothic fairytale theme. In a recent blog post over on Zoink’s website, the company dove into how it tackled the mix of fairytale and darkness, as well as how they came together to work on things like character design, environmental composition, and more.

One of the biggest ideals that the studio wanted to accomplish was making the game have a hand-crafted look, and that the team was inspired by Laika Studios and its claymation work on films like Coraline, Kubo and the Two Strings, and ParaNorman.

“For the polished claymation feel, we studied the materials of Laika Studios’s work and sculpted with clay ourselves,” said Art Director Victor Becker. “Eventually, we stumbled upon 3D character artist Borislav Kechashki who we found had perfected a hand-crafted look. His characters looked like miniatures sculpted out of wood or made of textiles and it was a perfect fit.”

Zoink’s team also dives even further into how it accomplished the look of its characters and world as well as the storyboards needed to build out its narrative, showing early looks at where most of it began. Becker even described of his influences, which stretched from Over the Garden Wall to Studio Ghibli’s work to One Piece. It’s all quite a detailed look at the process, which mirrors the amount of detail in the game.