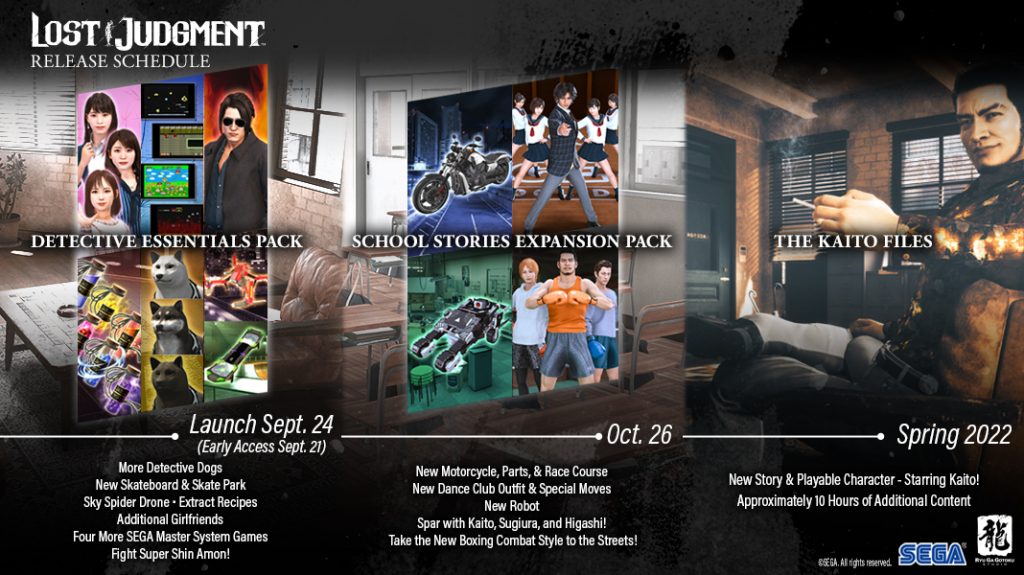 Lost Judgment is the latest game in the Yakuza series, and it’s launching later this month. SEGA has revealed what kinds of content will be coming to the game after it launches on September 24. At the moment, the post-launch DLC, which includes some story stuff, appears to only be available to those who purchase the deluxe editions of the game, and SEGA has yet to say how those with the standard edition will be able to get the DLC, assuming they can at all.

Sony details the exact details of the story expansion in its blog post: “In spring of 2022, those who pre-order the Digital Ultimate Edition can play as Kaito in an independent story expansion, The Kaito Files. There are approximately 10 hours of new story content with his own signature, full-power fighting style.” For those who haven’t played the first game, Masaharu Kaito is one of the other PIs at Yagami’s agency. This expansion is due to launch sometime in early 2022.

Other launch and post-launch content include some cosmetics for those who pre-order the game. There’s also an expansion called “School Stories,” which is a bit of a misnomer since it’s not really stories. Instead, it’s supposed to add some side activities to the school part of the game: “Spar with Yagami’s associates—Kaito, Sugiura, and Higashi—in the boxing ring, and take a new bike gang motorcycle (including new parts), for a spin on the new race course.” The School Stories launch on October 26.