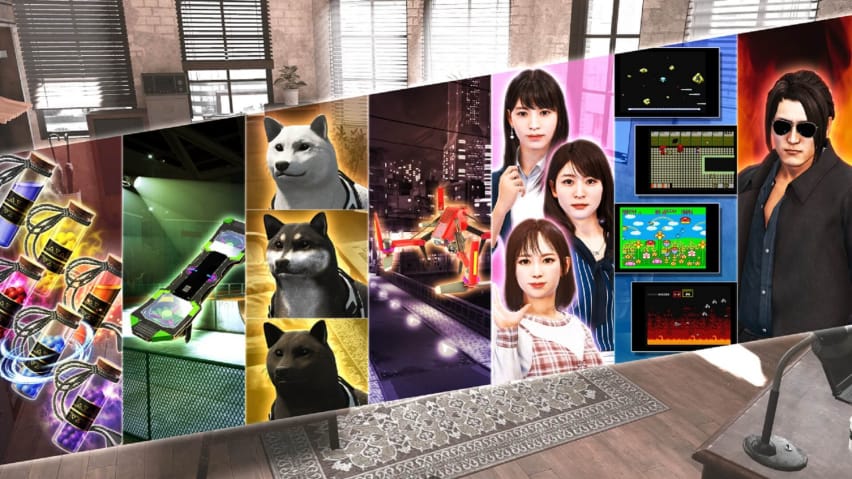 SEGA and Ryu Ga Gotoku Studio have just unveiled their Lost Judgment roadmap for their Lost Judgment DLC, with four pieces of content being released from its Early Access launch on September 21 to Spring 2022. This will include the Quick-Start Support Pack, the Detective Essentials Pack, the School Stories Expansion Pack, and The Kaito Files Story Expansion. If this sounds dandy to you, pre-orders for Lost Judgment for the Xbox Series X|S, Xbox One, PlayStation 4 and PlayStation 5 are also live, and if you pre-order the Digital Deluxe or Digital Ultimate Editions you’ll be able to play the game three days early on September 21.

What’s in the Lost Judgment DLC?

I’m glad you asked! The Lost Judgment roadmap starts off with the Quick-Start Support Pack, which comes with all pre-orders and will be available at launch. In it, there’s a Wayfarer’s Lucky Cat to show off in Yagami’s office and “bring monetary fortune by distance travelled”. There’s also Staminan Spark health items included as well as three Extract recipes that will synthesize temporary combat buffs for throwable energy balls, fire-imbued attacks, and rapid recovery.

The Detective Essentials Pack is also available on launch for those who pre-order the Digital Deluxe or the Digital Ultimate Edition. It includes three colors of shiba inu detective dogs, four more Master System games for Yagami’s office console, a rideable Hover Drive hoverboard for the skate park, and additional dateable characters. There’s also more combat perks such as six Extract recipes that give Yagami temporary ki lasers and telekinesis along with some other abilities. You’ll also be able to try out your abilities against Super Shin Amon in The Gauntlet challenge mode.

The School Stories Expansion Pack is available on October 26, 2021 for those who pre-order the Digital Deluxe or Digital Ultimate Edition. In it, Yagami will be able to fight his associates in the boxing ring as unique sparring partner and use a new Bike Gang motorcycle and parts on a new course. There’s also a new robot you can tinker with, a new costume to wear and moves to use with your dance team, and use your boxing skills on the streets as a new default martial arts style.

Last but not least is The Kaito Files Story Expansion, which is a 10-hour Lost Judgment DLC where you’ll play as Masaharu Kaito, Yagami’s partner. It’s available in Spring 2022 for Digital Ultimate Edition pre-orders.

Lost Judgment will be released on the Xbox Series X|S, Xbox One, PlayStation 4 and PlayStation 5 on September 21 through Early Access (not via Steam) and officially on September 24, 2021. If you’d like some reading material before then, check out every our rankings of every Yakuza game and why Judgment and Yakuza need each other.