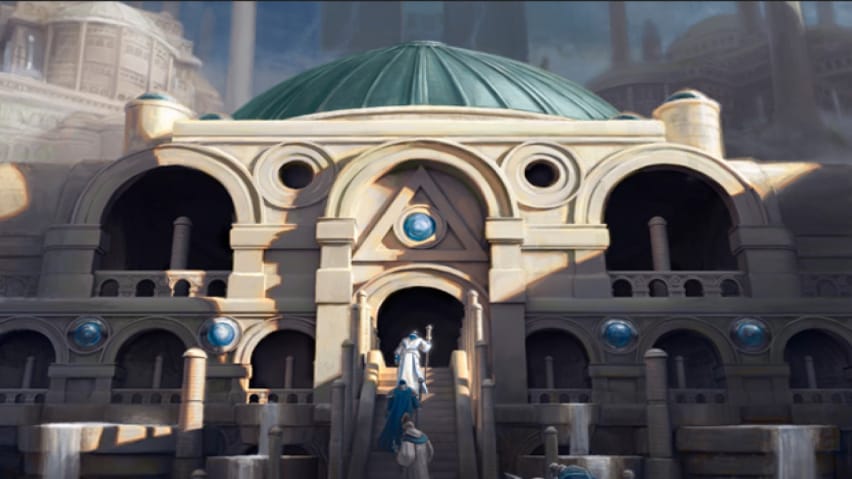 The world of card games experienced a bit of copyright intrigue thanks to a Magic deck copyright filing for the Magic deck Angels and Demons by Richard Hovden.

All of this began when Hovden, a professor at the University of Michigan, formally filed and received a copyright for a collection of cards. Under this filing, his “Angels and Demons” deck, is officially recognized as his own exclusive intellectual property, which gives him various legal rights when it comes to official use. Hovden then teased that he could prohibit this deck from being used in tournament play. When asked why he made this filing, Hovden stated it was about, “owning culture and people’s participation in culture through copyright.”

There are a lot of things to unpack here. First, there is some precedent for this Magic copyright filing thanks to some digging by journalist Cory Doctorow. When it comes to copyright law, the protections are based on expressions of creativity, rather than say of hard work. Because of this, complete collections of materials hold no protection, but a curated collection of materials carries some protection since it reflects the holder’s subjective input. In other words, Hovden “curated” the specific cards from the thousands in print right now for Magic The Gathering and legally declared that the ones assembled in this collection are distinguishable enough to be given a certain level of copyright protection.

This Magic copyright filing is meant to imply that anyone can do the exact same thing on a bigger scale. Similar filings could happen for entire decks, effectively marking them as legally distinct IP separate from Wizards of the Coast’s very franchise. Imagine a pro player winning a tournament with a certain deck, filing a copyright on that deck, and then seeking legal action against anyone who tries to use it.

If that sounds like a legal nightmare, the good news is enforcing these filings is legally murky, at best. Simply put, copyright law as it stands right now is far too vague for this to be taken seriously. The deck itself is protected as Hovden’s IP, but what about the card list? Does the copyright apply if different versions of the cards are used instead of the ones presented (for example a Strixhaven Demonic Tutor instead of the Unlimited or Revised one pictured above)? What happens if you see the deck and then change one or two cards? The list goes on. Legal scholar James Boyle does shed some light on things, remarking “If you sold copies of his collection of cards, maybe you would violate. But if you assemble your own deck with his cards in it? The argument is much weaker.”

This isn’t even the first time Hovden’s provocation of US copyright law has happened. Back in 2014, he got into legal trouble with the estate of M.C. Escher. This is because he recreated some of the artist’s famous works as microscopic etchings on a collection of gray silicon discs, then sold them to collectors. The argument went that since the works could only be observed through highly specialized tools, such as a scanning tunneling microscope, you could not claim it was infringing on any copyrighted material since any imperfections or errors were not immediately apparent. The Escher estate weren’t amused, stating that the size of the violation of intellectual property was irrelevant. The case was settled out of court.

Wizards of the Coast have yet to formally make a statement about these proceedings. But considering the tenuous grounds the filing itself is already on, it is safe to assume this is just a small practical joke on US Copyright law and the popular card game by Hovden.