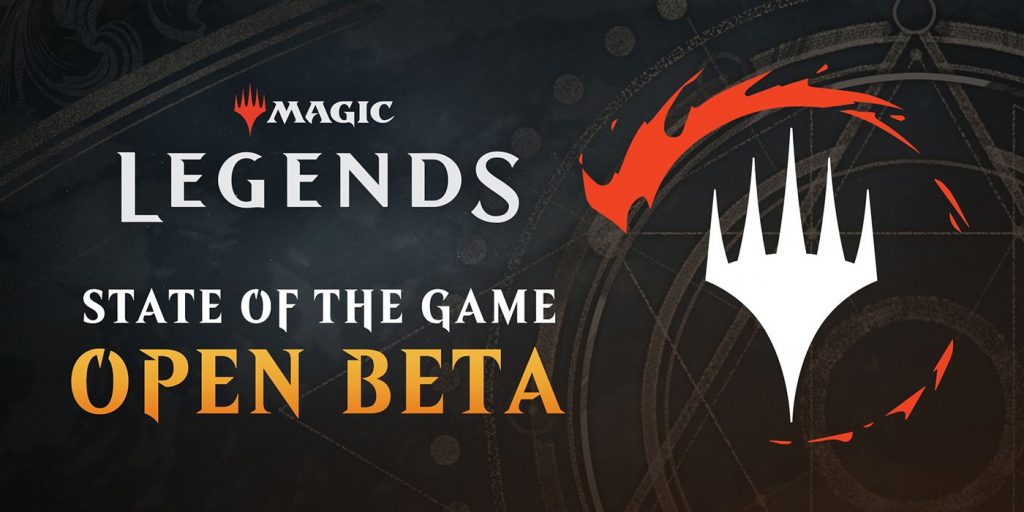 This week’s State of the Beta update for Magic Legends hints at a big late-May patch and offers an update on the console version of the ARPG.

The Magic Legends beta has now been in full swing for a month and the development team has had a chance to take a ton of feedback from the community and begin squashing bugs and making quality of life improvements to keep fans entertained and engaged. The open beta hasn’t been without its controversies, but there’s no denying that the team is working hard to keep communication channels open and deliver frequent updates and improvements to enhance the ARPG experience as it grows towards a full launch later this year.

One of the main sources of information and insight about the direction of the open beta has the state of the beta updates from executive producer Steve Ricossa. These weekly blogs help players understand what the development team is working on and they also offer confirmation that the game’s creators are listening carefully and processing feedback. Even if no immediate change is on the horizon about a particular issues, Ricossa often will mention that the Magic Legends development team is aware of the feedback and will take it into consideration as things move forward.

This week’s update hits on some major issues, including what is to come in the open beta’s near future. In addition to summarizing the massive mid-April patch, Ricossa suggests that fans can expect another major update for the game to arrive in late May. The blog post goes on to discuss some other issues that have come up in the game’s community, surrounding the broker and the overworld ping, before moving on to teasing an update on the console version of the game…

BIG ONE COMING THROUGH

Our first major game update releases tomorrow! Check back for the hefty update notes, and a State of the Game blog, during maintenance Thursday morning PT. pic.twitter.com/Ro739dwi4j

As I mentioned above, the patch notes for the April update are piled high with quality-of-life fixes and improvements for everyone that plays. With this update, we’ve reduced the duration of Tazeem’s overworld progression missions and back-and-forth of fast travel requirements. On top of that, the overall duration to make it to the first visit of your realm has been reduced by about half. This means that new players will complete their starter deck more quickly, start collecting new Spell, Artifact, and Equipment drops to customize their decks, and get to that loadout customization more quickly. We’ve also moved the first additional class unlock to coincide with your first realm visit, which means Planeswalkers will have just completed their initial starter deck and will then immediately unlock another 12-spell starter deck from the color of their choice, so they can get right into deckbuilding and experimentation. We’ve also made some adjustments to increase the responsiveness of your summons and of enemies in order to make combat more engaging and dynamic. We hope that these and the many other changes provide solid improvements for the existing community, and for those that are newly joining us every single day.

With the Mid-April Update being released, we’ll be able to cover a lot of ground by talking about our targets for the Late-May Update. I’ve been chatting about performance for quite a few updates, and I’ve seen a lot of chatter about when our improvements would be going live. While we’re pushing good, quick fixes live almost weekly, the lion’s share of the fixes are targeting this Late-May Update. We’re making passes on every single map in the game, on our shadow tech, navmesh tech, and particle fx tech in order to improve the performance and frame rate from the min spec all the way up to the highest end of hardware. These changes, along with some server optimization improvements, should also assist with the performance our EU players are experiencing.

Of course, just like our Mid-April Update we’ll be including a pile of quality-of-life fixes, balance updates, and general improvements. As other interesting features or improvements get committed to that update, I’ll be sharing them in future updates so you will know what to expect.

There has been some discussion from the community about some edge case behavior around the broker for a variety of reasons. We’ll be taking a deeper look at the setup of the broker tech, but with today’s push we’re now requiring trade tokens for the Classes and Packs category of broker items. This is only an initial step towards balancing the broker experience for you all, and there will be more to come down the line.

I mentioned the feedback we saw last week about the pinging sound in the overworld while people are questing around the Multiverse. We’re delivering one change this week that should make this less problematic. The volume of the ping has also been reduced so hopefully it’s less intrusive in gameplay. We’re also targeting an adjustment that only has the sound trigger if you’re within the “single dot” or “first ring” proximity of the reliquary portal, which is basically half the distance. This should go live in the next week or so. That said, we’ll be following feedback on this closely so we can continue to make changes as needed here.

There have been questions every week on console and if we’re working on a console version of the game. The answer to that is a resounding YES, the core software team and the game team are collaborating on the Xbox and Playstation versions of the game. They’re already up and running, but there’s still work to be done. These are in flight, and we’re looking forward to delivering them to a host of new players later this year.

There is still no full release date available for the game and it’s unclear exactly when the Xbox and Playstation versions are going to be available. That side, it is definitely encouraging to have confirmation that work is progressing and that the console versions of the title are already up and running and undergoing additional work. Hopefully PC and console gamers can see a full release sometime in late 2021.

Magic: Legends is available now as an open beta on PC, and releases fully in 2021 on PC, PS4, and Xbox One.

Denny Connolly is an editor and contributor who joined the Game Rant team in 2014. He specializes in game guides, MMO coverage, and the Pokemon GO beat; but is a lifelong fan of all game genres. He’s a graduate of Penn State where he studied English and Education.