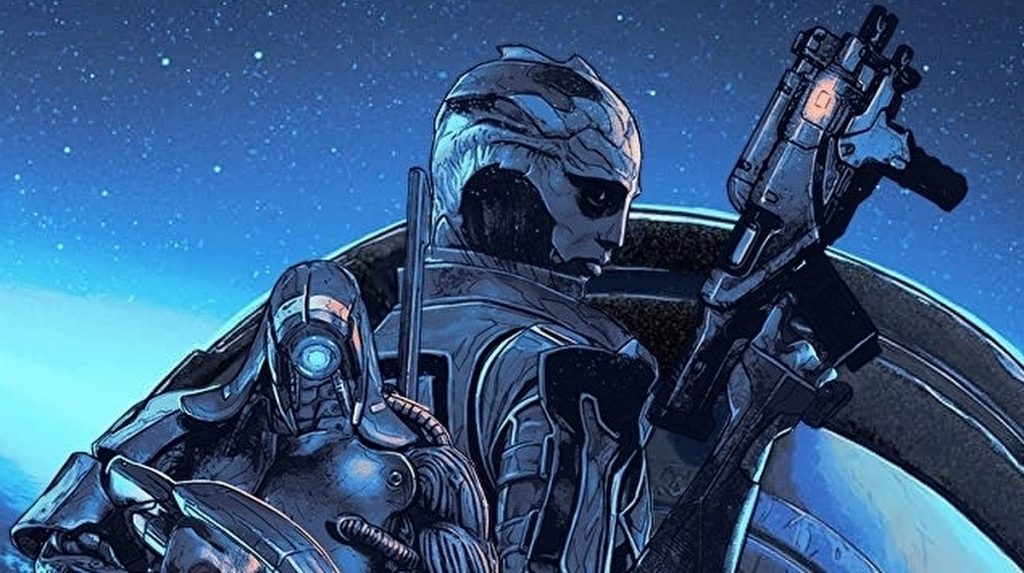 Mordin we bargained for.

Ahead of Mass Effect: Legendary Edition’s launch on 14th May, BioWare has made a treasure trove of bonus content available to freely download.

This includes bits and pieces previously packed in the deluxe edition versions of Mass Effect 2 and 3, such as digital art books for each game and the first issues of both Mass Effect: Redemption and Mass Effect: Invasion comic books.

An 88-track soundtrack for the entire trilogy is also featured, including a new track for the Legendary Edition titled Resynthesis.

All in all, this download weighs in at 1.7GB and is available to nab until 31st May. If you’ve not leafed through the series art books before now, there’s a few designs which may stand out. There’s an alternate look at a changed Illusive Man, when he was planned to be a boss fight at the end of Mass Effect 3, and some early, cut Reaper designs.

If you want a nostalgia kick without the big download, BioWare streamed the trilogy’s soundtrack via YouTube last night with some lovely animated visuals. The full thing lasts four hours, and yes I do have it playing right now:

Oh, and via the Mass Effect site you can now make your own custom Legendary Edition trilogy cover featuring your perfect mix of favourite squadmates from across the trilogy. Yes, even Kaidan.