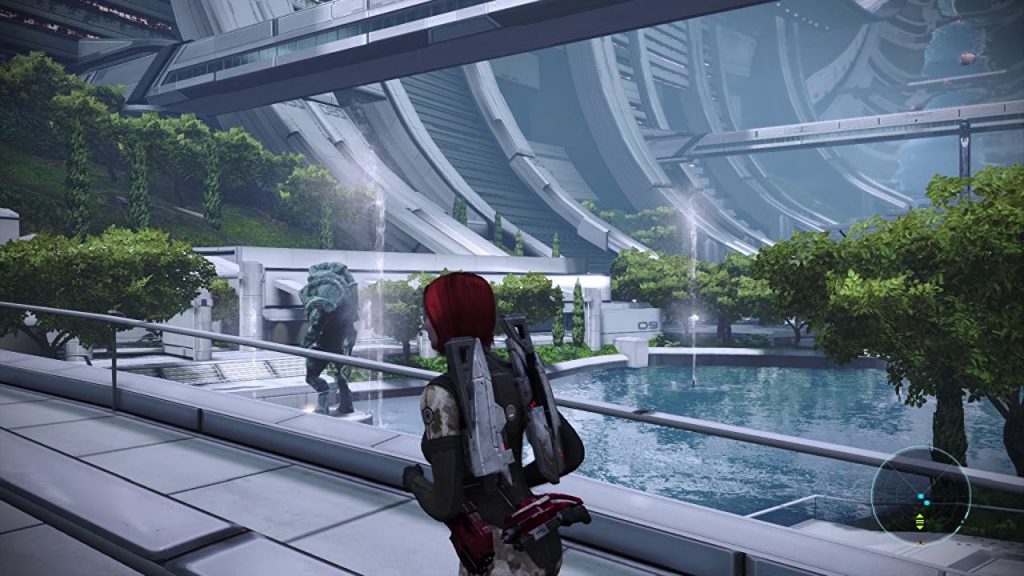 The snazzy new packaged up and fancied up version of the original Mass Effect trilogy is now out, so I imagine there are plenty of you who clocked double digit hours into it over the weekend. As they do, modders spent the weekend remastering the Mass Effect: Legendary Edition even further. There are a good handful of mods available for the new edition already, utilities and reshade presets and all.


One handy tool is the Better Camera by modder “Jade” which lets you change your field of view setting across all three games in the trilogy. Jade gives quite a few examples of the trilogy’s default FOV setting compared with setting the value at 80, 90, and 100. It sure does make a difference, even more so if you’ve got a widescreen monitor like they appear to.


FOV changes may not be quite as imperative for a third-person game as in first-person, but it is nice to have the choice. Especially when, as Katharine’s noticed, Legendary Edition’s PC settings are pretty minimal.


Elsewhere on the handy improvements list is, thank goodness, a Legendary Edition mod specifically for ME2 that makes Shepard actually able to sustain some speed on foot, helpfully titled Shepard Can Run. As modder “DukeOfKiewit” points out, space hero Shepard’s default run time is pretty stingy.


The Shepard Can Run mod “allows Shepard to run three times as long in combat, and four times as long in non-combat! Also triples and quadrupoles his stamina regeneration as well as lower the cooldown for storming,” the creator explains.


There have been plenty of official changes to the Legendary edition, big and small, as well. BioWare have replaced Tali’s stock photo face in ME3, for one. They’ve also fixed up the rubbish handling on the Mako, but you can keep the original settings if you just enjoy the struggle for some reason.


I’d tell you something about the trilogy itself, but as Alice Bee has said, you probably already know if you’re getting it.