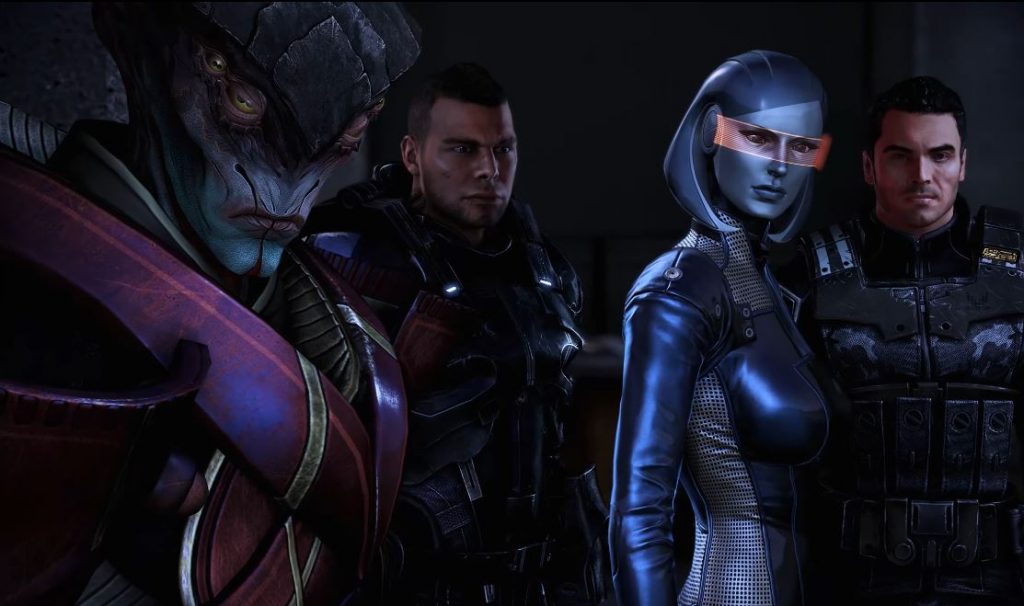 BioWare delivers some thrilling RPG experiences. As a result, we’ve seen several titles well worth picking up come from the studio. One of those franchises that continues to thrive today long after its initial release is Mass Effect. The IP blew up with fans worldwide diving into the lore, crafting up incredible cosplays, and discussing the games to this very day. Fortunately, BioWare delivered fans with a remastered collection with Mass Effect Legendary Edition.

This would give players something to play, both those who originally enjoyed the classic installments along with newcomers. However, for now, it looks like there might be another means to enjoy this collection. Microsoft recently made a mistake and updated the thumbnail to their Mass Effect Legendary Edition listing. Fans started to spot that the logo featured the Game Pass stamp.

However, the game is not currently on Game Pass. Likewise, Microsoft has promptly removed the stamp from the thumbnail. Fans are now waiting to see if there is an official announcement coming to Mass Effect Legendary Edition. It could mean that the game will soon hit the Game Pass subscription service. Otherwise, this was an honest mistake, and we’re not seeing the title collection come anytime soon.

While it’s a waiting game right now, you can still purchase the collection outright. The video game collection comes packed with the three original installments to the Mass Effect franchise. Each installment comes with updated visuals and gameplay mechanics. Meanwhile, all of the DLC is included outside of the Pinnacle Station, where the code was corrupted, forcing developers to ditch the DLC. We’ll continue monitoring this game to see if it does end up making it to the Game Pass services. Although, there’s a chance it might be attached to EA Play which means having Game Pass Ultimate tier subscription.