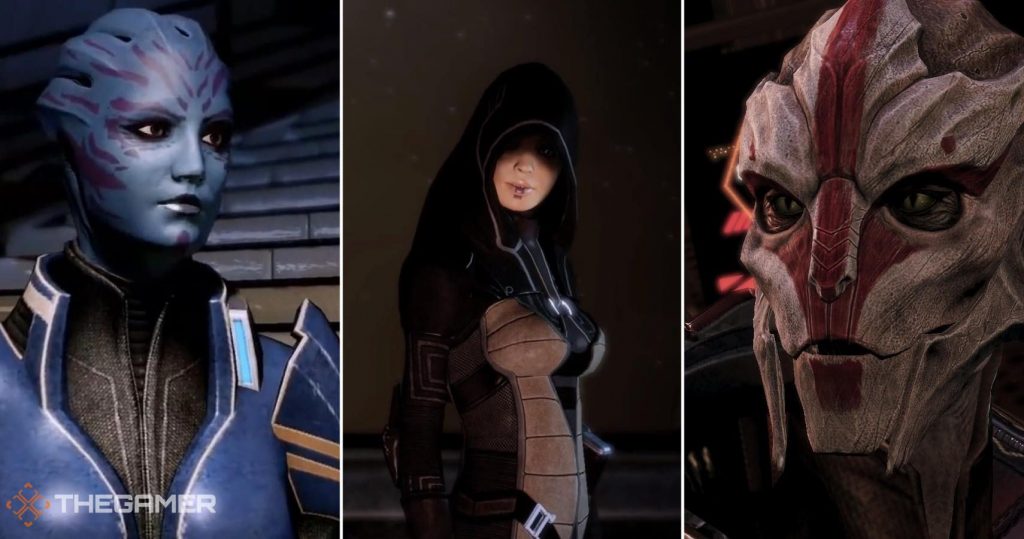 In many games, downloadable content can feel like a neat little add-on at most. The expansions in Mass Effect, though, tend to be more substantial. Along with providing fun missions, several add a lot to the overall series, from extra lore to new characters.

RELATED: 10 Best DLCs Of All Time

These fresh faces are particularly welcome, as Bioware tends to excel at making characters — and they certainly don’t slack off in that regard for the DLC packs. In fact, a number of the newcomers are better than the base game ones. Some are allies, others are villains, and a few become permanent squadmates. After considering everyone that the expansions introduced, these are the best.

The chief scientist of Project Overlord, Dr. Gavin Archer, is one of the most detestable villains in the series. After all, the man took advantage of his brother’s autistic mind to enhance his experiments. As a result, his sibling was forced to suffer plenty of pain.

The scientist isn’t pure evil, though. He is a desperate man who tried everything to make Project Overlord succeed. Yet, things quickly got out of hand. While that doesn’t make him a sympathetic figure, at least he’s not just evil for the sake of being evil — there’s a realism to his villainhood.

Mass Effect 3’s Omega DLC sees Shepard and Aria try to take back the titular space station from the clutches of Cerberus. The man in charge of the place at the time is Oleg Petrovsky. He’s a well-respected Cerberus general who’s a capable tactician.

Although, what’s really interesting about him is his attitude. During the expansion, he gives Shepard the chance to stand down and stop the assault. And it’s not entirely because he’s scared of the Commander. He’s simply a reasonable man that wants to avoid more bloodshed — it’s one of the things that are evident if you read the comics. It makes him a great contrast to Aria, and a unique antagonist.

Another character in the Omega DLC is Nyreen Kandros. She’s the leader of the Mercenary group known as the Talons. Throughout the expansion, she serves as the moral compass of the protagonist team as she’s far more honorable than Aria.

In fact, her presence puts more pressure on Shepard’s decisions as, without her, the Commander could just follow Aria’s morally-questionable lead with no real consequences. Plus, she’s a badass Turian, and it’s fun to see her in action.

There aren’t many Asari tougher than Tel Vasir. As a trusted agent of the Shadow Broker, she tries to stop Shepard and Liara from locating her boss. She nearly accomplishes that feat too. After all, she is a Council Spectre, so obviously, she’s very talented and extremely powerful.

What makes the character even cooler is her no-nonsense demeanor and win-at-all-costs attitude. It’s unfortunate that her only appearance is in the Lair of the Shadow Broker expansion, as she could’ve done more in the series.

There’s no antagonist in Mass Effect that’s more sympathetic than David Archer. After being merged with a VI as part of Project Overlord, poor David lost his mind.

As a result, he took over all of the machinery on Aite, including the combat mechs and the Geth. It’s up to the Normandy Crew to relinquish his control, and, by doing so, it allows you to free the man. David and his entire story are very interesting.

As he’s a squadmate, you spend more time with Zaeed than most other DLC characters, and it’s a pleasure to do so, as the character is highly entertaining. Merely listening to all of his crazy stories is an enjoyable way to spend time.

Also, he’s unique as he’s more cruel and ruthless than any of your other companions. That includes Jack, who at least has reasons for her brutality. You could argue Zaeed’s difficult past is the cause for his behavior, but that’s never explicitly stated. He might’ve always been that way.

Throughout the Leviathan expansion, the mystique of the titular creature builds. The fact that it’s got a reputation for killing a Reaper is enough to make you want to meet it. But it also controls people and lives in the depths of the sea.

RELATED: Mass Effect: The 10 Strongest Characters at the Beginning of the Series, Ranked

It all gets even more compelling when you actually speak with the thing. You learn so much about the Leviathan race and the origin of the Reapers. It’s an incredibly fascinating conversation that makes for one of the most memorable moments in the series.

3 Glyph, The Witty Info Drone (Lair Of The Shadow Broker)

Glyph, formally known as Info Drone, is Liara’s helpful little sidekick. He originally appeared in the Lair of the Shadow Broker DLC, but his time in the Citadel expansion is more memorable.

Whether you’re tracking down the Shepard clone or setting up the party, the drone is a constant source of entertainment, and he’s a big reason why the Citadel expansion is regularly praised for its humor. He’s not just comic relief either — the drone provides a lot of help to the Normandy crew.

It’s a little unclear why The Illusive Man thinks a Master Thief would be valuable when destroying the Collecters. Nevertheless, Kasumi Goto is a fun character to have around. She’s witty and likable, plus her loyalty mission is one of the best.

During that mission, you and her attempt to get into Donovan Hock’s vault to retrieve her old partner’s Graybox. It makes for an original quest and allows you to see Kasumi’s incredible level of talent.

During the first two games, the now-extinct Protheans are often a topic of discussion. The likes of Liara wax lyrical about how advanced and intelligent they all were. So, when you get the chance to meet one in Mass Effect 3’s From Ashes DLC, it’s exciting, and while the result isn’t exactly what you expect, Javik is still a great character.

For one, he’s interesting to talk to as he has a completely different viewpoint on the Council races and how they operate. More importantly, though, he’s got a brilliantly dry sense of humor that’s the cause of some of the funniest lines in the series.

NEXT: Mass Effect: Ranking The Trilogy’s 10 Most Evil & Villainous Characters


Next
Nier Replicant: 9 Ways It Connects To Automata

Ben Jessey spends all his time playing video games, watching TV, watching movies, watching football aka soccer (which I guess counts as watching TV) or writing about those things. He has a degree in Film and Television studies and is now a freelance writer.