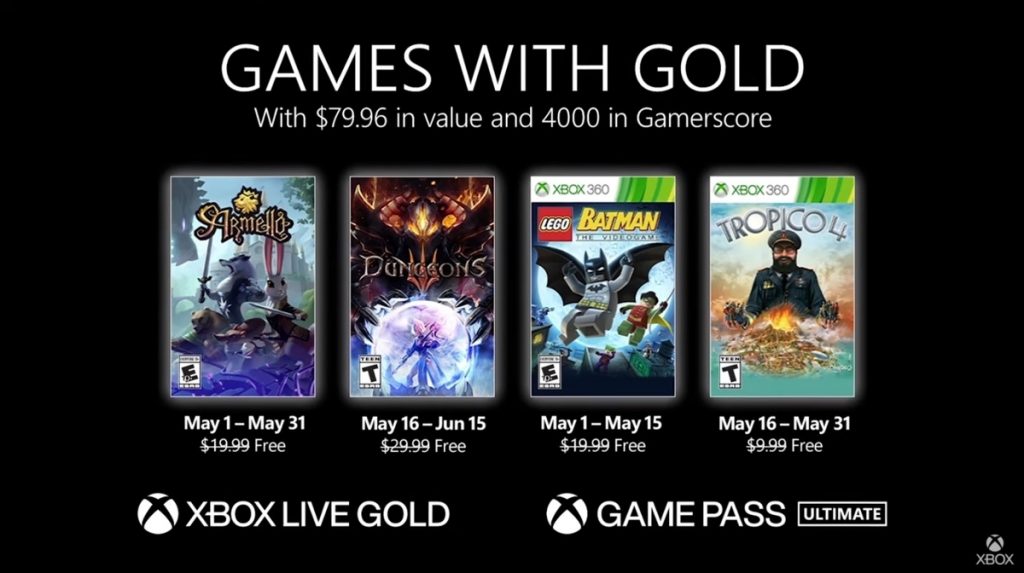 Available from 1st to 31st May on Xbox One and Xbox Series X and S is Armello. Simon Parkin reviewed Armello for Eurogamer back in 2015, calling it “a rich, occasionally abstruse digital board game, where assured victory can turn either on the roll of a die or a rival’s act of cruelty”.

Dungeons 3, a dungeon-building real-time strategy game, is available from 16th May to 15th June, also on Xbox One and Xbox Series X and S.

Xbox 360 game Lego Batman is available from 1st May to 15th May, and playable on Xbox One and Xbox Series X and S via backwards compatibility. Dan Whitehead reviewed Lego Batman all the way back in 2011, awarding it an 8/10. Remember review scores?

And finally, Xbox 360 game Tropico 4 is available from 16th to 31st May, also playable via backwards compatibility. Dan also reviewed Tropico 4 for Eurogamer, again in 2011. This one got a 7/10.

Anything take your fancy?