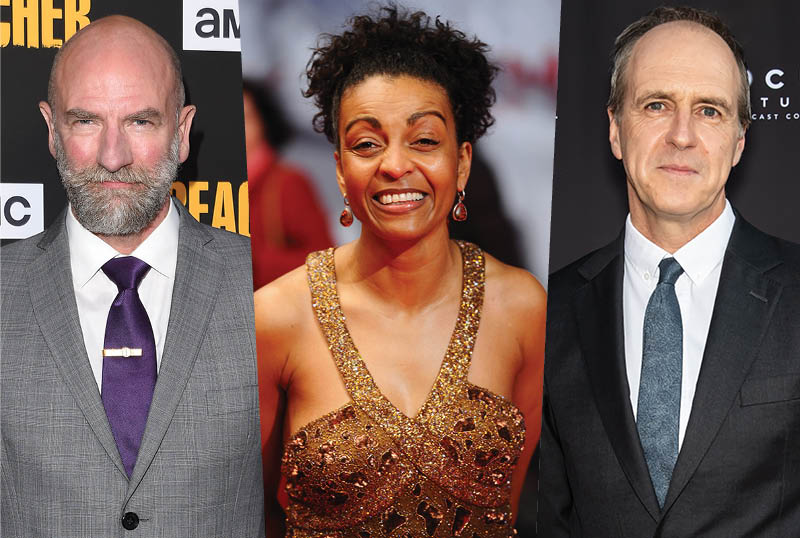 As production continues on the highly-anticipated next chapter of the hit fantasy adaptation, Netflix’s The Witcher Season 2 has expanded its cast in a big way as seven new stars have signed on to join the project in roles recognizable to franchise fans including Graham McTavish (Preacher), Kevin Doyle (Downton Abbey) and Adjoa Andoh (Bridgerton), according to The Hollywood Reporter.

Andoh is set to star as Nenneke, who in the books was a priestess of Melitele and is the head of the temple dedicated to the mother goddess while Cassie Clare (Brave New World) is set as Philippa Eilhart, advisor to Redania’s King Vizimir II and leader of the Lodge of Sorceresses, who was previously rumored to have been cast months ago but is only now officially confirmed. Liz Carr (Devs) has signed on to star as Fenn, a partner in a law firm and detective agency in Dorian, with Simon Callow (Four Weddings and a Funeral) set to portray Codringher, Fenn’s Partner, McTavish as Dijkstra, a master spy and head of special forces for the kingdom of Redania and Chris Fulton (Bridgerton) as Rience, a mage instructed to find Ciri after her disappearance during the slaughter of Cintra.

The next season of The Witcher will also feature Kristofer Hivju (Game of Thrones) as Nivellen, Kim Bodnia (Killing Eve) as Vesemir,  Paul Bullion (Peaky Blinders) as the witcher Lambert; Yasen Atour (Young Wallender) as Coën, a witcher from Poviss; Agnes Bjorn as Vereena, a powerful bruxa; Basil Eidenbenz (Fast and Furious 9) as Eskel, Geralt’s friend from his youth; Aisha Fabienne Ross (The Danish Girl) as Lydia, a sorceress; and Mecia Simson (Britain and Ireland’s Next Top Model) as the preternaturally beautiful elf Francesca.

Based on the best-selling fantasy series, The Witcher is an epic tale of fate and family. Geralt of Rivia, a solitary monster hunter, struggles to find his place in a world where people often prove more wicked than beasts. But when destiny hurtles him toward a powerful sorceress, and a young princess with a dangerous secret, the three must learn to navigate the increasingly volatile Continent together.

The second season sees Geralt of Rivia (Henry Cavill) bringing Princess Cirilla (Freya Allan) to the safest place he knows, his childhood home of Kaer Morhen, believing Yennefer (Anya Chalorta) to have perished during the Battle of Sodden. With the Continent’s kings, elves, humans and demons striving for supremacy outside its walls, Geralt must keep the girl safe from the far more dangerous mysterious power she possesses inside.

RELATED: Netflix Reveals Logo for The Witcher: Nightmare of The Wolf

The Witcher series for Netflix is based on the stories and novels by Andrzej Sapkowski, of which there are eight, which themselves formulated the popular Witcher games franchise which has since spawned a comic book series and a tabletop game. The book series was previously adapted for television in Poland.

All eight episodes of the first season are already available for streaming on Netflix.