Mega Man Adventures Brings the Blue Bomber to Board Games 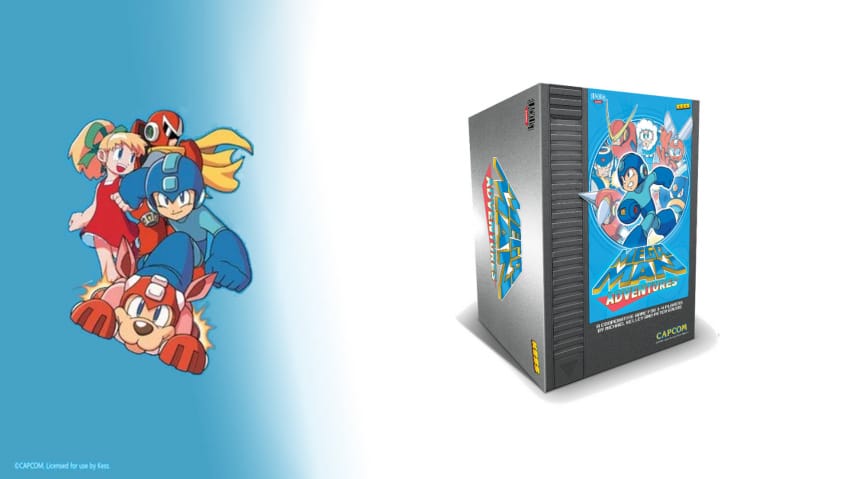 Blacklist Games has a cool new game on the way featuring a classic character from the world of gaming: Mega Man Adventures will let you play as the blue bomber on your tabletop next year.

The last year has been a mixed bag for Mega Man fans. The mobile versions of the first six games were delisted earlier this year — justifiably so by some accounts. On the upside, the goodest of robotic good boys Rush had a wonderful cameo in Monster Hunter Rise. Now, you’ll get to play as Mega Man (and his friends) in a new way when a tabletop game featuring this iconic character launches next year.

Mega Man Adventures is a cooperative game for 1-4 players that features Mega Man, Proto Man, Roll, and Rush as playable characters. As for the bad guys, you’ll face off against baddies from Mega Man 1-3 including Robot Masters and the villainous Dr. Wily himself.

Players will have to use Action cards to overcome obstacles, traps, and challenges in each stage. You and your friends will then face off against one of the iconic Robot Masters of the early trilogy. Each Robot Master has its own pattern for players to figure out. Best of all, this looks to be a pretty flexible game; you can play a quick one-shot session or you can extend it into an epic campaign, either by yourself or with up to three other players.

When is the Mega Man Adventures Release Date?

The Mega Man Adventures release date will be sometime in Q2 2022 according to today’s announcement; that means that it will launch sometime between April 1, 2022, and June 30, 2022.

This new board game is another title in Blackist Games’ efforts to transform classic Nintendo games into tabletop experiences. For now, you can pre-order Mega Man Adventures via its official website for $40.00 or your regional equivalent.

What do you think of Mega Man Adventures? What’s your favorite board game adaptation of a video game? Let us know in the comments below!