Metal Slug is trading ‘run and gun’ for turn-based tactics 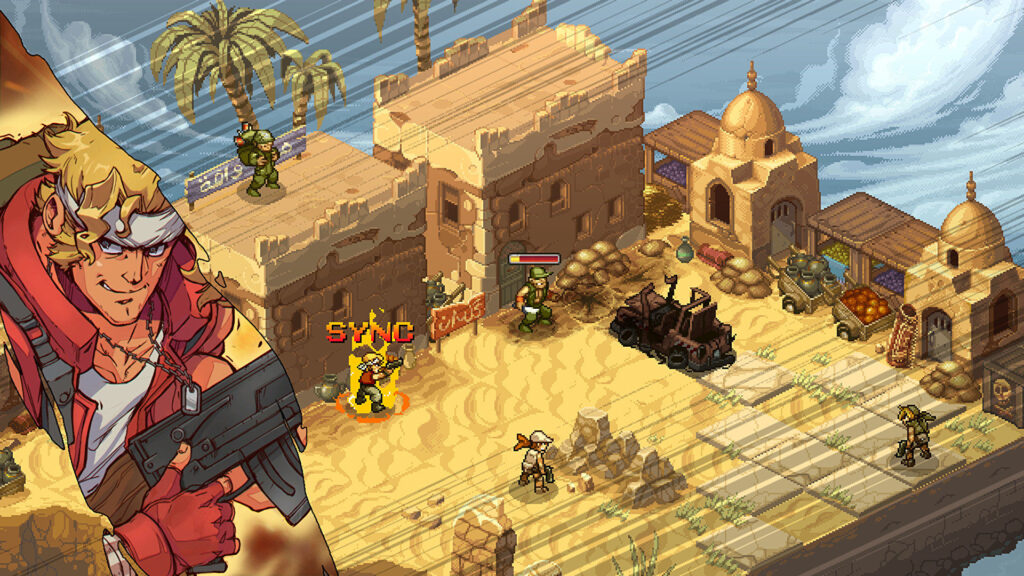 Metal Slug was a run and gun arcade game series, about you and a co-op pal blasting your way through crisp sprite art and blowing up buildings with tanks. The series is now returning with a new genre: Metal Slug Tactics is an isometric, turn-based tactics game, announced at this evening’s Summer Game Fest. Check out the announcement trailer below.

To be more specific than its own name, MST is a “tactical RPG with roguelike elements.” You’ll move around a grid-based battlefield, firing upon and tossing grenades at enemies, and building up your adrenaline bar to unlock super attacks. You gain experience after each mission that can be used to unlock weapons and perks for your squad. I’m not clear what happens when you fail a mission, but the level layouts are procedurally generated.

Although it’s a change in genre and perspective, the art looks reminscent of Metal Slug’s to me. It also brings back characters from the original games, including the protagonists shown in the trailer above and the villain Donald Morden.

It struck me while watching the trailer that turning Metal Slug into a tactics game was a little like making Streets Of Rage into a tactics game. That thought held extra weight once I realised that it’s being published by DotEmu, who published the recent Streets Of Rage 4. It’s being developed by Leikir Studio, who have made nothing I’m familiar with, although they’re also working on Rogue Lords.

I’m not a huge fan of Metal Slug – I had to ctrl+f this post to make sure I didn’t accidentally write “Metal Gear” – but I do like turn-based tactics and I’ll gladly give this one a go. There’s no proposed release date for Metal Slug Tactics yet, but it’s up on Steam if you want to look at more screenshots.