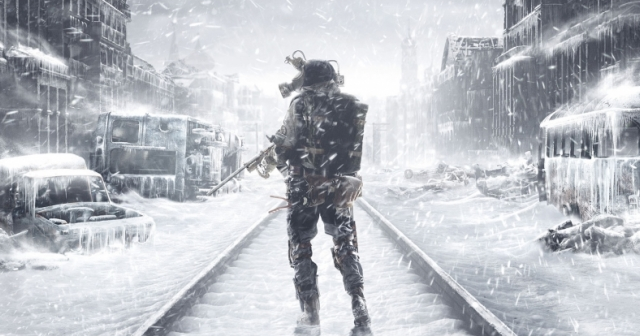 Today, 4A Games and Deep Silver announced its post-apocalyptic first-person shooter Metro Exodus will be coming to PS5 and Xbox Series consoles on June 18.

As described in the video below, the PS5 and Xbox Series release of Metro Exodus is the “definitive version” of the critically acclaimed game. Taking advantage of Microsoft’s newest console hardware, 4A Games and Deep Silver’s shooter will offer ray tracing and ray-traced emissive lighting, as well as a field of view slider that will allow players to increase or decrease how much of the play area they can see.

The #MetroExodus PC Enhanced Edition is out now!

Plus, we can confirm that the #XboxSeriesX #XboxSeriesS & #PS5 version will release on June 18, both digitally and in a physical Metro Exodus Complete Edition!

Check out the trailer: https://t.co/exqaQX5lnN

Additionally, Metro Exodus will run at a “rock solid” 60 frames per second at 4K resolution with full ray-traced global illumination and emissive lighting on Xbox Series X and PS5 consoles. On Xbox Series S, the game will run at 60 frames per second at 1080p. All the next-gen consoles will have reduced loading times, as well as platform-specific features such as 3D spatial sound and controller latency improvements.

This next-gen version of Metro Exodus will be entirely free for players who already own the game. For Xbox players, you can expect to receive these enhancements via Smart Delivery, while PS5 owners will receive it as a free upgrade. If you haven’t gotten your hands on a copy, you can grab the Metro Exodus Complete Edition which includes the base game, both DLC expansions (Sam’s Story and The Two Colonels) and the aforementioned enhancements.

Metro Exodus initially launched back in 2019 for Xbox One, PS4, and PC. This enhanced edition of the game will be available for PC, PS5, and Xbox Series X and S on June 18.