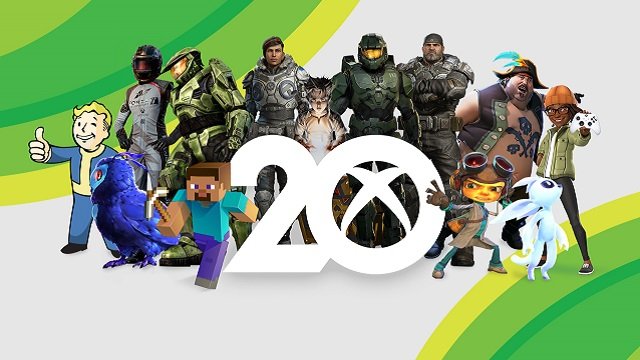 The original Xbox console launched all the way back in November of 2001. Now on their fourth hardware iteration, Microsoft is celebrating 20 Years of Xbox gaming with Master Chief, Conker, and the Sea of Thieves pirates with an event throughout 2021.

For now, 20 Years of Xbox is mostly a news post, a set of snazzy wallpapers, and a drop of merch on the Microsoft Store. However, the post promises more announcements throughout the year. With E3 just around the corner, it would make sense that the 20th anniversary of the Xbox name would factor in heavily to Microsoft’s presentation this June.

Check out the 20 Years of Xbox video below:

Speaking of digital conferences, Xbox will be continuing its series of Xbox FanFest events in cyberspace in 2021. Those interested in the show should sign up on the FanFest website to become an official attendee. Xbox promises “exclusive sweepstakes, FanFest gear, and digital experiences” throughout the year.

The celebration will also be seen across Xbox’s social media, including tweets asking about favorite franchises that appeared on the console and live streams that celebrate all of Xbox’s history. The latter starts today on the official Xbox Twitch channel with a playthrough of the original Xbox killer app, Halo: Combat Evolved.

Of course, Halo: Combat Evolved launched day and date with the original Xbox, meaning that this year also marks 20 years of Master Chief fighting against the Covenant. While Microsoft likely would have liked players to already have Halo Infinite in their hands for the celebrations this year, launching the first open-world Halo game still fits in with the celebration.