Home » Microsoft Wants Game Pass on Your TV, With or Without a Console

Microsoft Wants Game Pass on Your TV, With or Without a Console 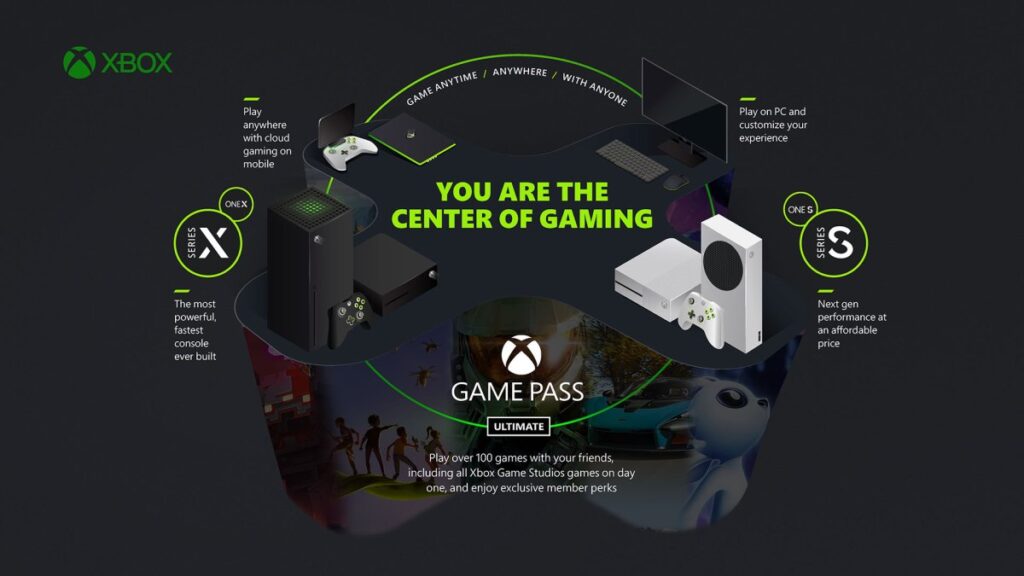 Xbox has decided it wants to get more people playing Game Pass games — and to do that, it’s going to try and get the app on just about every device it possibly can. And, as it announced today, it’s even making some new devices to bring potential gamers and Game Pass together, moving us a bit closer to a future in which massive game consoles and expensive PCs aren’t the only way to play your games — or at least, that’s the idea.

Xbox today announced, ahead of its big E3 event, its roadmap for the future. I’m assuming it’s going to expand on this during the show, during whatever time is not taken up by Halo and other flagship games. The actual announcement is a little vague, but essentially Xbox wants Game Pass on more TVs and it’s trying alternate methods to get it there. For example, it’s “working with global TV manufacturers to embed the Xbox experience directly into internet-connected televisions with no extra hardware required except a controller.” That would put it up there with Netflix and YouTube in pre-installed apps.

A more interesting note is Microsoft’s intention to build its own streaming devices that would get Xbox Game Pass on your TV, even if you don’t have a console: “Xbox is building its own streaming devices for cloud gaming to reach gamers on any TV or monitor without the need for a console at all.” This is, again, very vague, but it sounds like Microsoft is working on whatever its own version of a streaming stick is, all to get Game Pass onto more people’s TVs.

It sounds very Google Stadia, if I’m being honest. There’s nothing wrong with that. While Stadia’s success has been a bit more modest than Google was hoping, the idea behind it has some merit. Xbox also announced cloud gaming is coming to Australia, Brazil, Mexico, and Japan later this year.