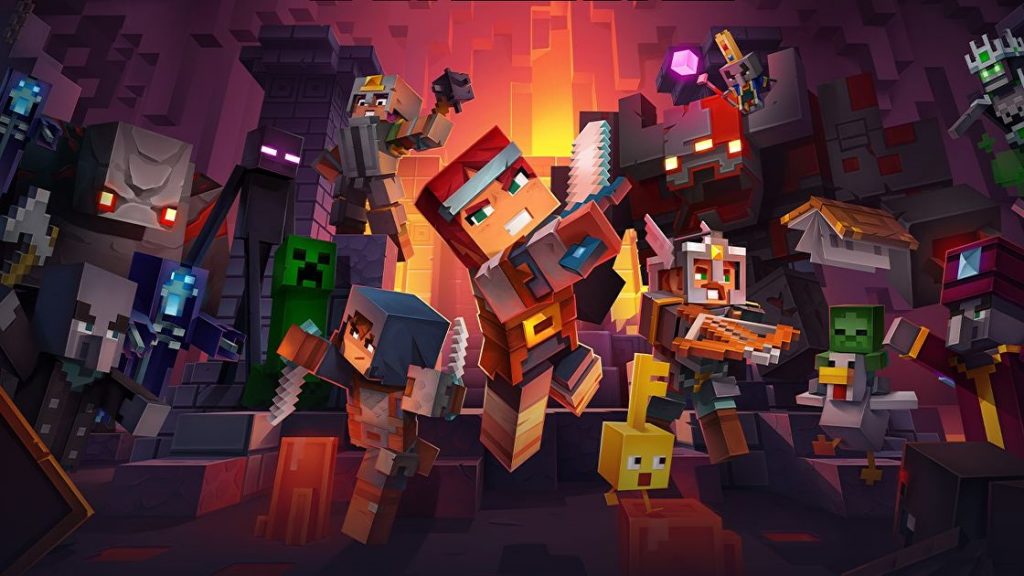 Minecraft Dungeons has finished telling its story through a number of DLCs that have released over the last year, but Mojang isn’t done with the blocky Diablo-like just yet. They’re introducing seasonal updates that they’re calling Seasonal Adventures, adding progression systems, challenges and more – similar to the new Sea Of Thieves’ Seasons. Season 1 will be called The Cloudy Climb, and it’s coming this December.


The game’s getting a seasonal progression track with a free and paid version (essentially its own sort of battle pass). By doing various challenges you’ll earn Adventure points that level this up, rewarding you with cosmetics, emotes and other goodies to deck out your character. It’s a pretty forgiving battle pass system too. If you don’t manage to finish one by the end of a season, you’re not locked out of it, and can choose to spend points in older tracks.


Season 1 will introduce something called The Tower too. It’s a new singleplayer game mode that gives you a blank-slate character to explore with. It’s pretty much more dungeon crawling (dungeon climbing?), where you’ll fight through floors of enemies and unlock stuff for your Tower character. Then completing The Tower will earn you items for your proper Minecraft Dungeons character.


The coolest bit though, is that The Tower’s seed is global, so everyone will see the same levels, and Mojang plan on refreshing it every two weeks. It almost makes it a bit roguelikelike. After it switches for everyone, you start again at the bottom with a whole new dungeon to scout.


That’s it for the upcoming newness. Bu for all the Halloween-enjoyers out there, Minecraft Dungeons’ Halloween update is live now, and will run until November 2nd. Last year, it was named Spooky Fall, but this year it’s the Spookier Fall. It adds new rewards, like zombie pigs and pumpkin armour, as well as a nightime mode in which creepy mobs spawn.


Head to our Minecraft Live tag to check out the rest of today’s annnouncements.