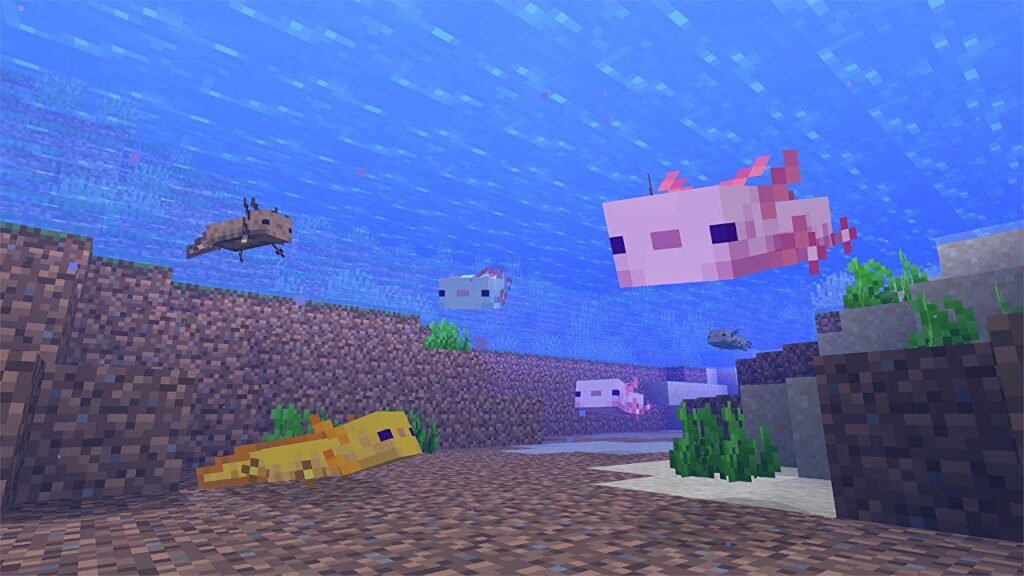 Minecraft‘s Caves & Cliffs update is one of the biggest ever updates to the aging blockbuilder – so big it’s been split into two. Part one adds 91 new blocks, including powder snow, collapsible vine platforms and copper, alongside fighty wildlife like goats and axolotls. It’s making me want to reinstall Minecraft again for the first time in years.

Here’s the release trailer, which is fun:

I fully expected to only be interested in the goats and axolotls, honestly, but the block stuff is pretty interesting. A lot of the 91 new blocks appear during world generation, rather than simply being added as spawnable objects in Creative mode, and a lot of them are playful. Powder snow, for example, can be fallen through, causing players to become lost in their white expanse and having to dig their way out.

Copper, the new ore, is useful in that it can be used to construct lightning rods so your home doesn’t burn down, but it also oxidises and changes colour over time. All of the game’s ore has been given a visual makeover, too, both to make it more accessible to colour blind players and to simply make it look more interesting.

Though, yes, none of the blocks are as cute as the new creatures. Goats will ram players and other creatures, punting them across the map, while axolotls are seemingly predators despite looking like happy marshmallows and will attack pretty much every other creature.

You can find a complete list of the additions and changes in the Caves & Cliffs update here.