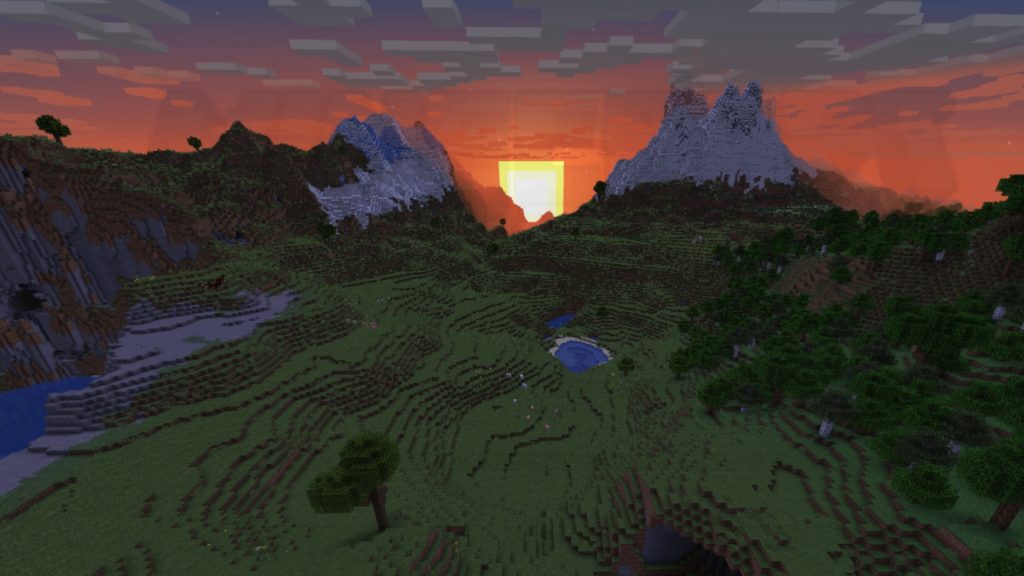 When you fire up Minecraft’s latest snapshot, you’ll be treated to a new cubemap gently revolving behind the sandbox game’s main menu. It’s a big, wide open scene from the upcoming Caves and Cliffs: Part II patch, and it looks quite nice. But that’s not the only thing that’s been replaced in this update: Java edition Minecraft’s random number generator has been swapped out, too.

“We’ve replaced the random number generator used for world generation, which makes more seeds come out as different… but it also moves everything around in the world, so expect all worlds to look different in this snapshot,” Mojang explains in the snapshot’s changelog.

Snapshot 21W41A makes a few other key adjustments. Geodes can now only generate up to height 30, and the frequency with which they spawn has been brought back in line with where it was circa Minecraft 1.17. The other top-line change in this snapshot is that Mojang has increased the angle at which you can sprint against a block without the collision breaking your spring.

You can read the full patch notes over at the official site.

Meanwhile, Minecraft Live 2021 is set to air this weekend, October 16, at 9am PDT / 12pm EDT / 5pm BST. During the show, you’ll have the chance to vote for a new mob to be added to Minecraft, and the options include the item-collecting allay or the glare, who would warn you about dangerous levels of darkness nearby. As far as we’re concerned, there are no bad options here: they’re both adorable, helpful friends.