MLB The Show 21 Thank You Bundle Free Until May 17 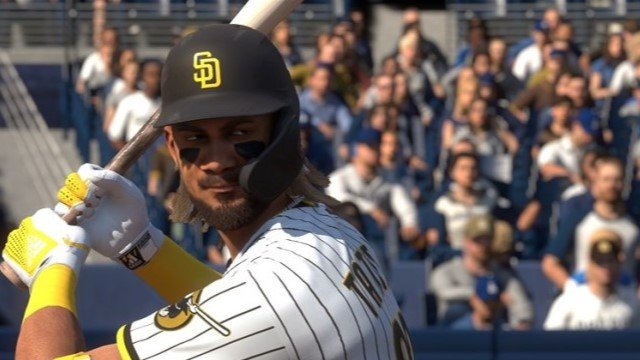 Sony San Diego Studios is giving MLB The Show 21 players a “Thank You” bundle that can be redeemed for free from now until May 17.

Announced on the MLB The Show website, the “Thank You” bundle is meant to be a “small gesture of appreciation” as server stability and performance hasn’t been great since launch. While the bundle won’t solve the stability issue, it does include a lot of good rewards, especially for Diamond Dynasty players.

Here is everything you can grab from the MLB The Show 21 “Thank You” bundle:

Although it isn’t exactly the same, the items in this pack are similar to what can be found in the Jackie Robinson Edition of MLB The Show 21 minus the 2 Gold Choice Packs, Jackie Robinson bat skins, and an extra 5 The Show Packs. However, in its stead, you receive 10 Team Affinity Vouchers which will help you to progress the team affinity program.

San Diego Studios did recently update MLB The Show 21 on May 4. While it has improved stability since the update’s release, the studio reassures that they will continue to monitor the game’s servers and solve any issues that may occur.

The studio also iterates that they have also received feedback regarding Ballplayer, Road to the Show, and other facets of the game. While that feedback is not laid out here, it is mentioned that they are discussing that feedback and where it will take them next.

MLB The Show 21 is available now on PS4, PS5, Xbox One, and Xbox Series consoles. It is the first entry in the professional baseball series to be on both PlayStation and Xbox platforms.