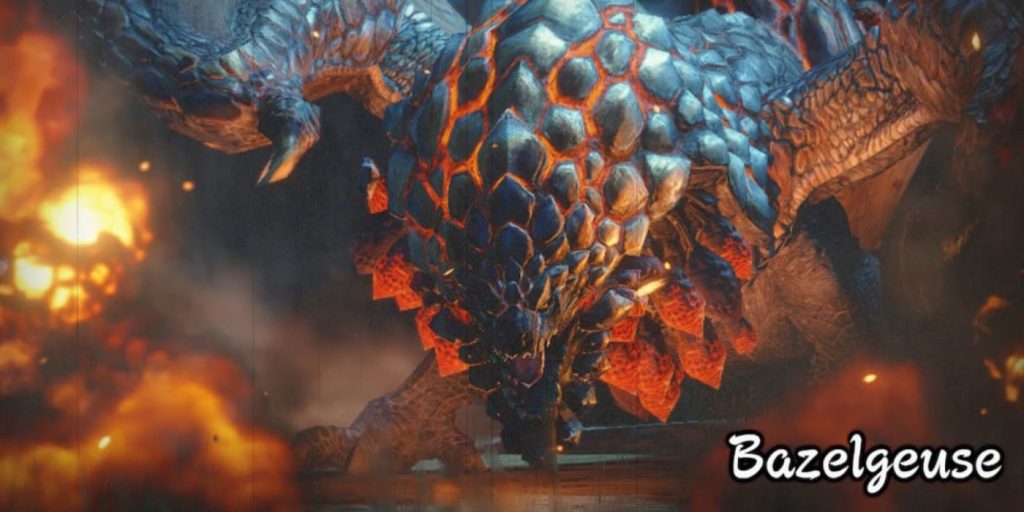 While today’s Monster Hunter Rise update added Chameleos, Teostra, and more, it looks like Capcom snuck Bazelgeuse in, as well.

While Capcom’s Monster Hunter: World pushed the series into the mainstream in 2018, and even further with the Iceborne expansion in 2019, Monster Hunter Rise has done wonders for the series, quickly becoming one of the Nintendo Switch’s best-selling third party games ever. The newest installment has introduced new monsters, the Palamute buddy, the Wirebug mechanic, and much more to the series.

Even before the release of Monster Hunter Rise, it was announced that the game would be getting free title updates, with the first coming at the end of April. Today, a Monster Hunter Digital Event was held, detailing new information about Monster Hunter Stories 2 and the Monster Hunter Rise 2.0 update adding Chameleos, Teostra, Kushala Daora, and more. However, it seems Capcom snuck another monster into the new update.

With the announcement that Monster Hunter Rise‘s 2.0 update would be coming later today, fans noticed that it seemed more monsters were alluded to in addition to the one’s revealed during the presentation. As dedicated fans quickly unlocked their Hunter Rank Cap, another new feature of the update, many were surprised to see the return of the fan-favorite Flying Wyvern Bazelgeuse.

Oh that sounds toug– wait a minute. Did you say Bazelgeuse?
In my Monster Hunter Rise? With Magnamalo and Rajang in a arena? OH BOY pic.twitter.com/4pzZKqo3en

Bazelgeuse made its first appearance in Monster Hunter: World and quickly became a fan-favorite monster to hunt. The Flying Wyvern is often compared to a B-52 Bomber in that it drops its hardened scales like carpet bombs, subsequently flying straight into them to attack hunters. Occasionally, Bazelgeuse will enter a “superheated” state, during which its bomb-like scales will detonate within a matter of seconds instead of on impact. Upon the discovery of Bazelgeuse in Monster Hunter Rise, many fans seemed just as terrified as they were excited, as the monster is known for being particularly aggressive in its fights with hunters, going out of its way to destroy seemingly all in its path.

Of course, this means that the monster’s armor and weapons are now available in-game for players to forge and upgrade as well. The new 2.0 update is packed with content, adding new Event Quests, weapons, armor, new Apex monsters, Layered armor, and more. It looks like fans can expect another jam-packed update at the end of next month as well, as the 3.0 update is planned for release in late May.

The next update is set to include even more new monsters, as well as a brand-new ending to the game’s story as Kamura Village faces its toughest Rampage yet. While fans have quite a bit of content to sink their teeth into for the moment, it will certainly be interesting to see what else is added to Monster Hunter Rise in the future.

Monster Hunter Rise is available now for Switch, with a PC release slated for 2022.

Currently pursuing his MS, Noah is a huge fan of all things Nintendo, including Mario, Pokemon, Zelda, and more. He loves branching out to explore all kinds of games and is always willing to try something new, but loves his favorites.