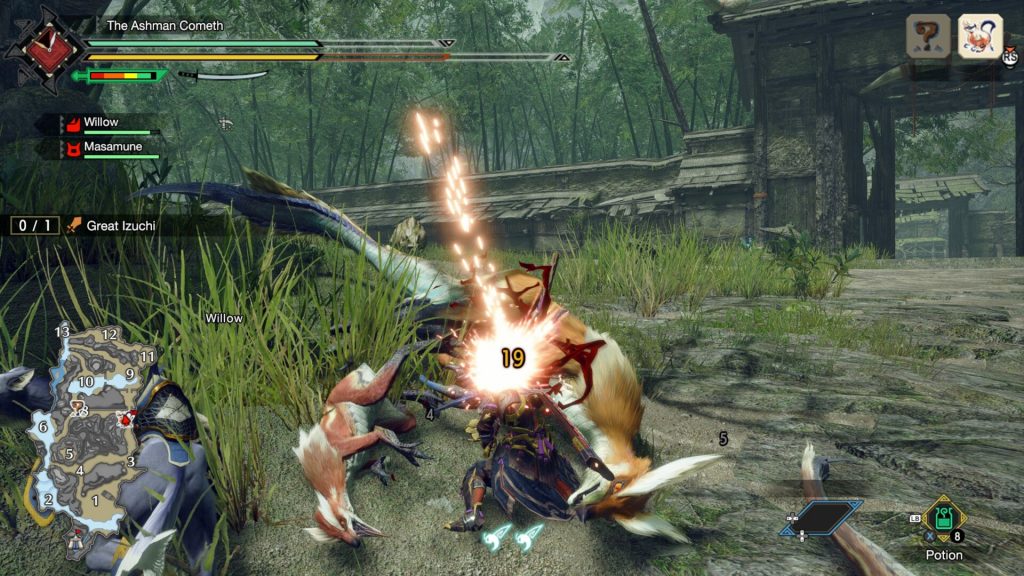 I didn’t have high hopes for the PC port of Monster Hunter Rise from a technical standpoint. After all, Monster Hunter Stories 2‘s was noticeably held back by it being a Switch game, with pop-in, texture issues, etc. Monster Hunter Rise is still a few months away from releasing on PC and there’s a demo out tomorrow. I was provided access by Capcom to take an early swing at the demo and this is much better than I was expecting. If you’re like me and you were concerned about the game’s visual quality then rest assured, that’s wholly unnecessary.

Monster Hunter Rise‘s demo can be played either solo or multiplayer. There’s just one area, but three monsters to pick from along with a couple of tutorials. The first monster is a Great Izuchi, which the game conveys as perfect for beginners. Up next, you can kick things up a notch against a Mizutsune who is listed as intermediate. Then you’ve got the big boy — Magnamalo. Upon selecting a monster, you can choose from any of the game’s weapons, which also changes up your hunter’s character model and armor. I didn’t get to try the multiplayer due to playing in early access, but I pretty much needed it all the same.

I first set off to conquer the Great Izuchi. Upon entering the map, I immediately saw how unfounded my fears were. Monster Hunter Rise looks great. The textures are high-resolution and sharp, the draw distance is far, and the shadows are detailed. The game also runs amazingly, as does every other game that uses the RE Engine. I constantly had over 100 fps on an RX 5700 XT at 1440p.

For the Great Izuchi, I grabbed a long sword. The monster was assisted by a couple of small fries, but it was mostly a piece of cake, which should come as no surprise to any fans of the series.

Shoulda gone with A

Monster Hunter Rise gave me 50 minutes to defeat the beast, which is more than enough time. I then moved on to Mizutsune. I took my personal favorite weapon with me this time — the switch axe. This one, uh, didn’t go all that well. I had 50 minutes again, but Mizutsune is indeed a giant step up from Great Izuchi on account of it being able to take away half your health — and poison you — in a single hit. It’s basically a smaller Rathalos. What fun.

After Mizutsune mopped the floor with me, I decided to face the music and tackle Magnamalo. I thought I’d play it safe this time and take a lance. This fight only gives you 15 minutes, though. I guess Capcom really wants you to just fight this guy with other people, which is understandable, because it’s strong as hell. Naturally, I ran out of time after 15 minutes of carefully poking at him with a sharp stick. This was my first time playing the game, as I don’t own a Switch, but I did put a lot of time into Monster Hunter World.

There are some very enjoyable new touches in Monster Hunter Rise that I liked a lot. Namely, you get a ridable sidekick called a Palamute this time, that makes it easier to get around, plus bugs that basically act as grappling hooks. You can also ride monsters and make them fight other monsters, which is rad.

What I didn’t like was that, in order to even play the demo, I had to agree to let Capcom collect data from me. That is, decidedly, no bueno, and I hope the full release doesn’t mandate that. Regardless, this demo has absolutely whetted my appetite to get hunting again with Monster Hunter Rise. I’ll just have to hope I have some help next time. 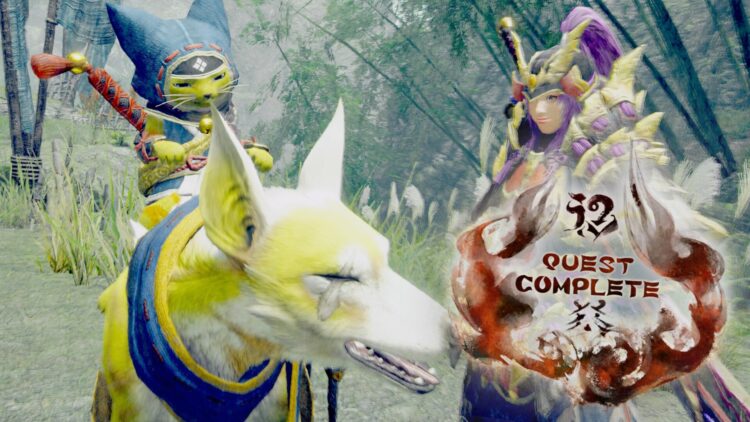