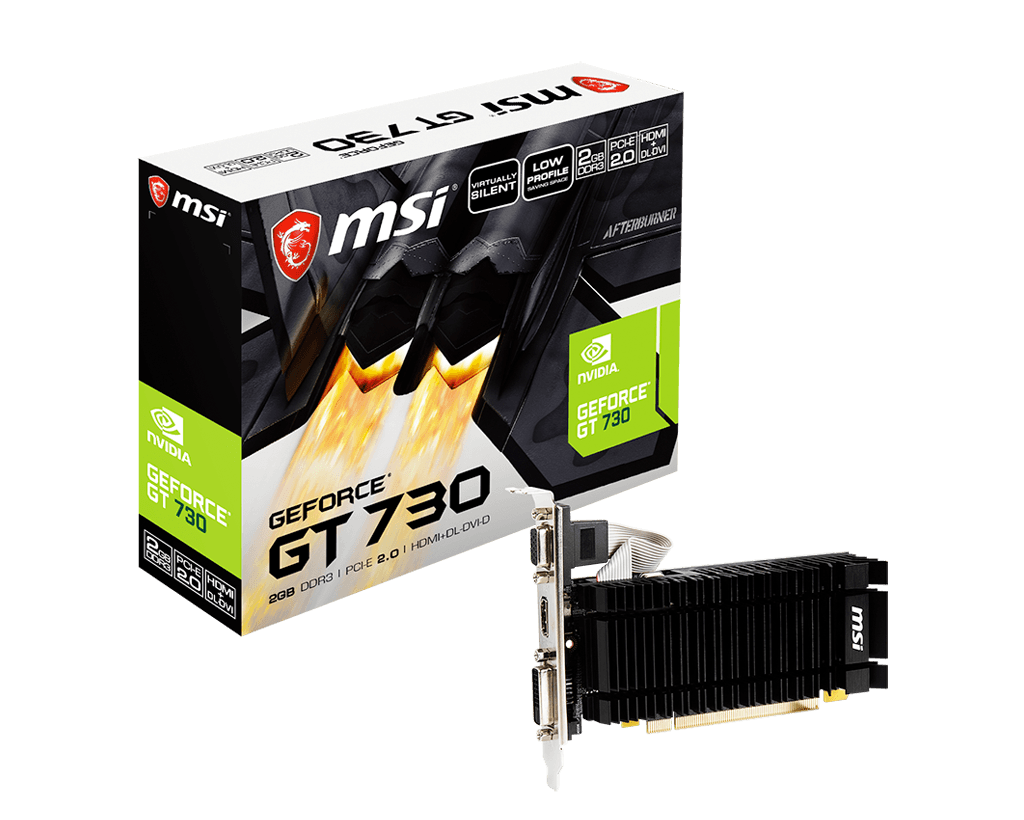 Given the current state of the GPU market, MSI has decided to relaunch the GeForce GT 730, seven years after its initial release.
The MSI GeForce GT 730 will feature 2GB of DDR3 memory running at 1600MHz across a 64-bit memory interface. The card will also utilize a Kepler GPU with 384 CUDA Cores and a Boost clock of 902 MHz. However, Nvidia is expected to end driver support for Kepler GPUs with the next GeForce R470 drivers. Interestingly enough, the GT 730 supports MSI Afterburner overclocking utility although you definitely wouldn’t want to overclock it.

On the bright side, the graphics card features a low profile design which makes it easier to fit in smaller cases.  The GT 730 also isn’t too taxing on your system since it only draws 23 W of power from your PCIe expansion slot. In addition, its low power consumption combined with a passive heat sink means that the GT 730 should run quietly for the most part.
The GeForce GT 730 will almost certainly struggle wi…