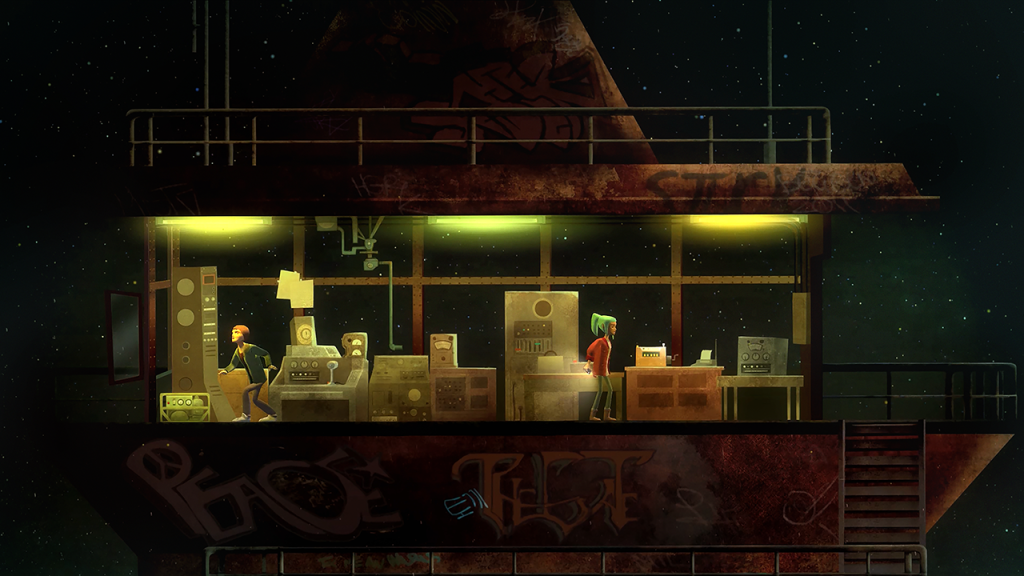 Netflix, still in the early innings of its video-game strategy, announced that it has acquired Night School Studio, a game developer best known for its critically acclaimed debut game, the supernatural mystery adventure title “Oxenfree.”

It’s the first games-related acquisition for Netflix. Founded by Sean Krankel and Adam Hines in 2014, Night School Studio titles include “Oxenfree” (pictured above), “Afterparty” and “Next Stop Nowhere.” Terms of the deal weren’t disclosed.

Regarding the pickup of Night School Studio, Mike Verdu, Netflix’s VP of game development — the video game veteran who joined the streamer this summer — said in a statement, “We’re inspired by their bold mission to set a new bar for storytelling in games. Their commitment to artistic excellence and proven track record make them invaluable partners as we build out the creative capabilities and library of Netflix games together.”

In a blog post, Night School’s Krankel wrote that the studio “wants to stretch our narrative and design aspirations across distinctive, original games with heart. Netflix gives film, TV, and now game makers an unprecedented canvas to create and deliver excellent entertainment to millions of people. Our explorations in narrative gameplay and Netflix’s track record of supporting diverse storytellers was such a natural pairing. It felt like both teams came to this conclusion instinctively.”

Krankel added, “The Netflix team has shown the utmost care for protecting our studio culture and creative vision.” He said that Night School will keep making “Oxenfree II,” due out next year, and will “keep cooking up new game worlds.”

Netflix officially unveiled its plans to enter the video game market in announcing second-quarter earnings in July. Initially, it will start with mobile games, seeing it as a new content category that will help Netflix attract and retain customers. The games on Netflix will be included as part of the overall subscription, with no ads or in-app purchases.

According to Netflix’s Verdu, the company plans to continue working with developers around the world and “hiring the best talent in the industry to deliver a great collection of exclusive games designed for every kind of gamer and any level of play.”

Last month, Netflix launched the first games tab in the Android mobile app for customers in Poland with two “Stranger Things” games, followed this week by a rollout of additional titles on its Android app in Spain and Italy.