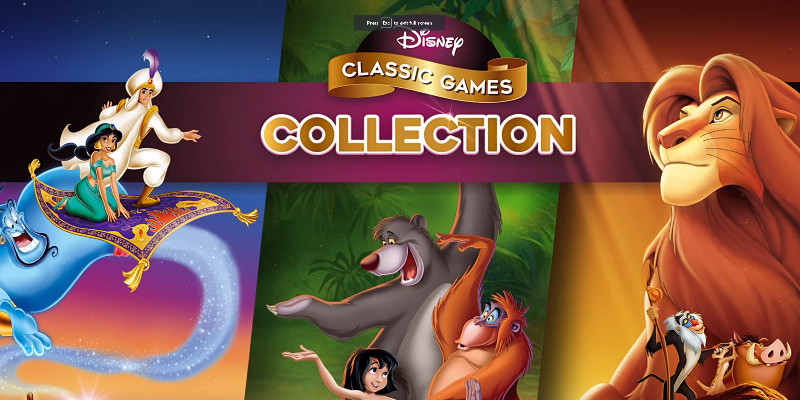 This DLC adds two more games, one of which was heavily requested. These are the SNES versions of Aladdin and The Jungle Book. The original collection can be purchased on Steam for $19.99 USD with the DLC costing a further $9.99 USD. Those who don’t already own the Classic Games Collection can purchase the whole bundle for $29.99 USD.

Contrary to what it may seem at first glance, these two Aladdin games are not the same. Due to licensing difficulties, the more popular SNES port of Aladdin was not featured in the original collection. Instead, collection owners got access to the SEGA-published Genesis version of the platformer.

The SNES version was instead published by Capcom. For various legal reasons, this made it more difficult to get the rights for it. However, that has been resolved with this DLC and now Disney Classic Games Collection owners have the opportunity to replay the SNES classic.

As for The Jungle Book, it is another platformer based on the hit 1967 Disney film of the same name. It was actually remade in 2003 for the Game Boy Advance to celebrate the release of The Jungle Book 2 film. Although that version didn’t have most of the features present in this collection.

As expected of any good classic games collection, Disney’s introduces useful quality of life improvements. This includes a soundtrack selector, Watch Mode, and visual enhancements. Watch Mode is particularly appealing as it allows players to start from any part of the game that they desire.