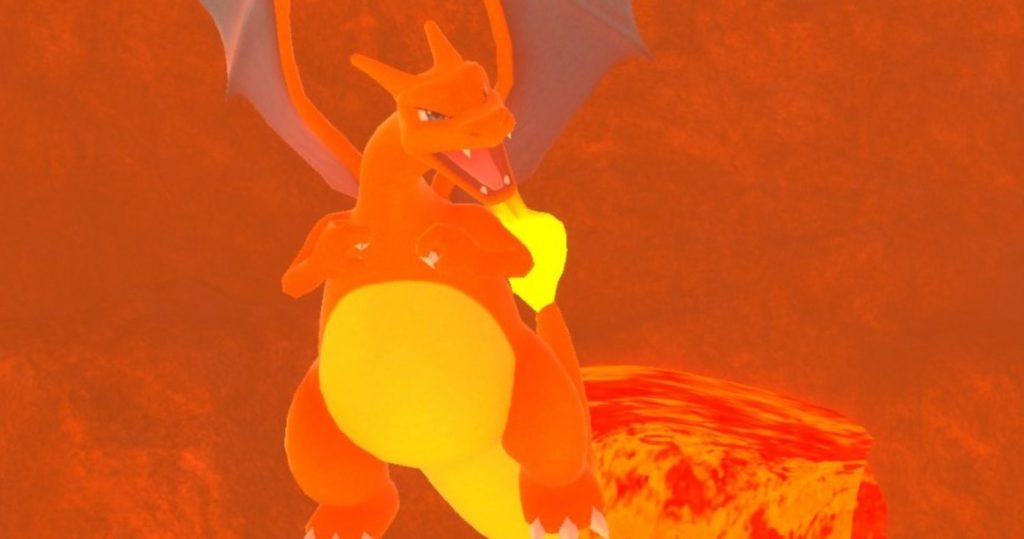 When I first started playing New Pokemon Snap, I was admittedly pretty excited to see if my favourite starters made the cut. Not just the baby versions either – I wanted to know if Blastoise was there, or Typhlosion, or Primarina. After completing the game and filling out the vast majority of the Photodex – I probably have about two or three ‘mons left to find – I can confirm that the variety of starter Pokemon and their various evolutions in New Pokemon Snap is pretty great. They obviously didn’t all make the cut, but at the time of writing I’ve found a whopping 18 of them.

Given how rare these Pokemon are, though, it’s sometimes pretty tough to actually find them. As a means of making things easier for people starting New Pokemon Snap today or over the weekend, I thought I’d best put together a comprehensive guide containing information on every starter Pokemon in the game, as well as where they appear and how to locate them. So, without further ado, here’s every starter Pokemon location in New Pokemon Snap.

Related: New Pokemon Snap Tips And Tricks Guide – Everything You Need To Know

Bulbasaur is an early-mid game Pokemon in New Pokemon Snap. While you might have your eyes peeled for it in Florio Nature Park and Founja Jungle, Bulbasaur doesn’t actually make an appearance until Elsewhere Forest, a mysterious area you unlocked after making your way through the Voluca and Maricopia Islands.

You’ll likely meet Charmander around the same time as Bulbasaur. It’s located in Fireflow Volcano on the island known as Voluca and can easily be found and snapped as early as rank one for that specific location.

At rank one, Charmander is in the end section right before the teleportation point – you can’t miss it. It’s also in a mandatory room in rank two’s alternate route, so even if you miss it the first time it will walk right up to you on your second attempt.

Squirtle seems like the most beloved at The Pokemon Company given that it appears at all three locations in the Maricopia islands. It rides Lapras in Blushing Beach, is on basically every single platform in Maricopia Reef, and even chills out in the seaweed section of Lental Undersea. Honestly, Squirtle is as common in New Pokemon Snap as Zubat is in Mt. Moon.

Venusaur is a tough unlock as it only appears at max level in Founja Jungle. Once you get to rank three, it’s pretty easy to see – I mean, it’s a massive green dinosaur with a gigantic flower on its back. You probably won’t find it until fairly late into the game, but once you get there, you can’t possibly miss it.

Like Charmander, Charizard can be found in Fireflow Volcano. In fact, it’s even in the same room. At rank three, Charizard will be in the end location right before the teleportation point if you take the left route from the entrance of the volcano, which is the original rank one route (where Charmander and Slugma are, as opposed to Typhlosion and Aerodactyl).

Blastoise appears on Blushing Beach at rank three. It’s on the final beach leading up to the teleportation point, immediately to your left after you go past the part where Machamp is annoying Octillery. Again, it’s rank three exclusive, but once you get that far it’s a fairly easy find.

Meganium is an Illumina Pokemon in New Pokemon Snap, which means it’s abnormally large and glows with some mysterious magic. It’s a mandatory story counter after completing Florio Nature Park, meaning you can’t miss it even if you want to.

I already basically explained where Typhlosion was in the Charizard section, although it also appears in another area. It’s either at the rank two end point for Fireflow Volcano – right at the junction in rank three – or on a tall rock right at the spawn point.

Torchic is easily found at Sweltering Sands (Day) rank one, right next to the oasis where Hippowdon is bathing around halfway through the map. Probably one of the easiest starters to find and snap!

Swampert appears in Founja Jungle (Night) rank two, although it’s submerged underwater and there’s nothing you can do about it. You need to progress to rank three before you can get a shot of more than its ears. It’s also behind the waterfall at the end of the same map, although getting a good angle is difficult so close to the teleportation point.

Piplup appears at all ranks for both the day and night variants of Shiver Snowfields. It spawns at the start of the map as well as at the end point, and there are absolutely loads of them knocking about. In fact, this is an easier snap than Torchic.

Monferno can be found in Fireflow Volcano. It usually hops around pillars and cliffs, especially in the open area near the start, after you go down the hill that three Graveler roll down. Monferno can also be found on your right immediately after you enter the proper volcano, as well as in the end room if you choose to go right at the junction at rank three.

It’s basically impossible to miss Torterra because it’s the most noticeable Pokemon in Florio Nature Park (Night), a mandatory map you go through before meeting Ilumina Meganium. So yeah, I reckon you can figure this one out on your own…

Serperior can be found in the exact same places as Bulbasaur, although it’s a bit more difficult to snap and doesn’t appear until you level Elsewhere Forest up to rank two. Still, if you know where Bulbasaur is and meet the level requirements, you’ll find Serperior super easily.

Primarina is one of the last starters or starter evolutions you’ll unlock purely because of the fact that it appears in Maricopia Reef (Night), an area that isn’t accessible until after you roll credits. Once you complete the game and unlock the reef at night time, Primarina is on the rock where Machamp usually stands, right after the Wailord blockade.

Grookey is literally the joint first Pokemon you see in the game with its best pal Pichu.

Sobble can be found in Founja Jungle (Day) rank two, although it’s hidden at the very back of the map. If you want to find it as soon as possible, head to the waterfall basin and spam your scanner until you see a “???” on your right. Throw a fluffruit at it and Sobble will run out. If you’d rather just see it in front of you so you can take a photo that’s actually nice, it’s available to snap out in the open from rank three, at which point it actually swims in the aforementioned waterfall basin.

And that’s that, all 18 starters and starter evolutions in New Pokemon Snap. Some are super late game, but I think they’re spread out in such a way that you’re always finding a new one throughout the story. Also there’s something poetic about Primarina being last – just wait until you see it and you’ll know what I mean.