New Pokemon Snap Appeals To My Nostalgia More Than Anything Else 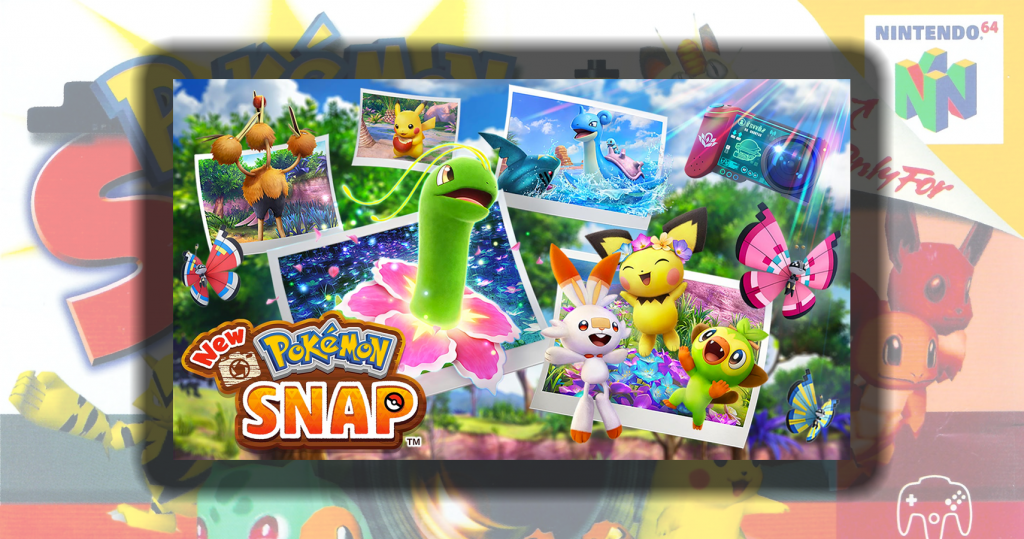 As a casual Pokemon player, I am very excited to play New Pokemon Snap if for nothing other than its sense of nostalgia.

When it comes to Pokemon players, I’m pretty much as casual as they come. I cut my teeth on Pokemon Red when it released in 1998 on my yellow Game Boy Pocket, watched each episode’s premiere when the anime made its way to North America, and invested way too much time, energy, into the original set of the Pokemon Trading Card Game. After that, though, the franchise kind of fizzled out for me, for whatever reason.

During its heyday in my life, I was also enamored with Pokemon Snap – the original game releases in 1999 for the Nintendo 64. My eyes were astounded by the 3D world where Pokemon ran free, instead of being hidden (for the most part) in the JRPG element of the pixelated game. Seeing Pokemon in their natural habitat and capturing them only through the lens of my camera made the experience even more special. Much like fishing in real life, I sometimes struggled with the idea of capturing a living being from its home for the sake of sport. With Pokemon Snap, I was able to capture memories, rather than the Pokemon themselves.

This special Pokemon experience extended into real-life when my mom would take me to the mall to get my pictures “developed” from the Pokemon Snap Machine affixed in the direct center of Electronics Boutique. For those old enough to remember, EB was essentially the GameStop of the mid-to-late-90s (complete with terrible trade-in values). I digress.

Scanning through my film roll and picking the best images to be printed out was as much a part of the Pokemon Snap experience as actually playing the game. It would take up a lot of time, which probably explains why there was always a line of three to four people when I showed up. What was cool was that we were all supportive of each other as “professional” camera persons.

“Oh wow! I didn’t even know that Pokemon was there,” another would excitedly exclaim.

It was an in-person gaming experience similar to that of the arcade, watching a skilled player do their thing. It wasn’t enough to make me want to buy an actual Pokemon Snap Station at the time, but I’d be lying if I didn’t have the slightest urge to do so now — mostly for the nostalgia factor.

That’s really the only reason why New Pokemon Snap appeals to me. Having not really played a Pokemon game since Red, I don’t really have an interest in capturing the newer generation of Pokemon on camera. I just want to re-experience a similar sort of feeling that I had in 1999. I’m sure it will undoubtedly be different in many ways (it’s been over 20 years since the original release, after all). But having had no real interest in playing a Pokemon game since the first game, I am very excited to play New Pokemon Snap if for nothing other than its sense of nostalgia.

Next: FYI: There’s No Way To Evolve Pokemon In New Pokemon Snap

Returnal: Can You Save The Game?