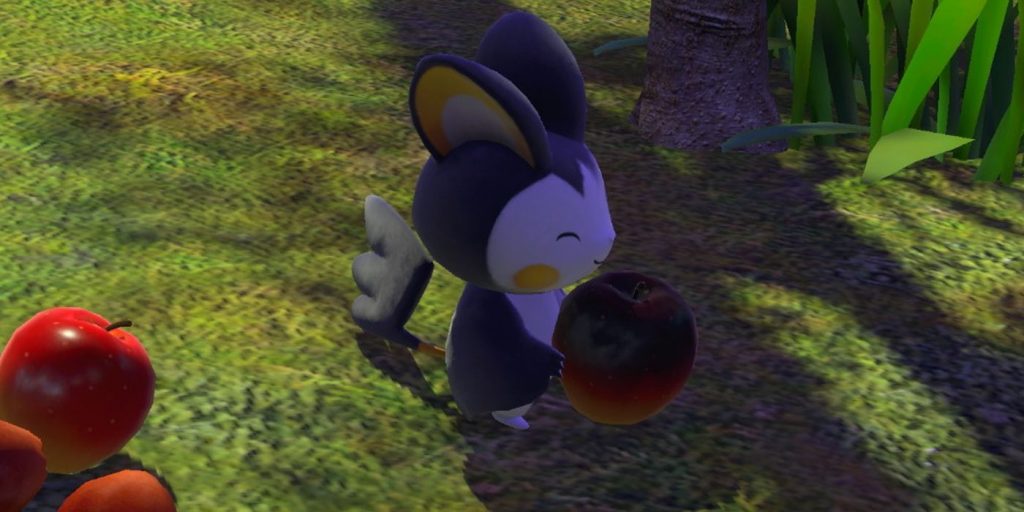 One request in New Pokemon Snap requires players to investigate a pile of mysteriously burnt Fluffruits in the Florio Nature Park course at daytime.

New Pokemon Snap has many optional requests that players can fulfill in exchange for valuable photographs and add-ons for photo customization. These requests often require players to look closer at specific areas in courses and experiment with their items.

One of the requests players will get in New Pokemon Snap‘s early-game is called “Shockingly Well-Done.” It is given by Professor Mirror after players scan a pile of burnt Fluffruit toward the beginning of the daytime Florio Nature Park course.

RELATED: New Pokemon Snap: How to Break the Boulder in Lental Seafloor

Players can find the pile of burnt Fluffruit toward the right of the path in front of a tree shortly after crossing the first stream on the course. It can be scanned as something of interest, but scanning isn’t enough to find out what Pokemon caused it. In order to complete the request, players will need to lure the Pokemon that made the pile back toward it. This Pokemon is Emolga, a Pokemon often seen gliding around this area.

The only item players will need for this request is Fluffruit. Once they get to where the pile is, they should throw a couple more Fluffruits into it until Emolga lands nearby. Players should then prepare their cameras for some important shots. By default, the zoom button on the Switch is the ZL button.

Emolga will eventually electrocute the Fluffruit in order to cook it. This exact moment is what needs to be captured on camera and later submitted to Professor Mirror. Due to this being an action shot with Emolga performing an attack, it will most likely give players a large amount of points that go toward leveling up Florio Nature Park’s daytime course. The above picture is an example of this action.

After cooking the Fluffruit, Emolga will begin to eat its food in front of the player. Unfortunately, more than one photo of Emolga cannot be submitted to Professor Mirror within a single course play, but the steps toward getting the shot can be repeated again and again in other plays. That means this area is perfect for getting different star ratings for Emolga, especially considering the other Emolga gliding around the area.

Players stuck on needing better photos are highly recommended to take a look at the request list. While they are optional, they can be very helpful when it comes to discovering new Pokemon behaviors and actions. Some requests in New Pokemon Snap even lead to the discovery of new Pokemon.

New Pokemon Snap is out now, exclusively for the Nintendo Switch.

Days Gone Fans Can Use This Code to Get A Free Dynamic Theme on PS4, But They Have to Act Fast

Sam is a guide writer for GameRant, as well as an independent game designer. Sam loves horror games most of all when it comes to making and playing. She however plays games from all genres and loves playing games most when it’s with friends and family. Readers can follow her on Twitter @IceWoodrick