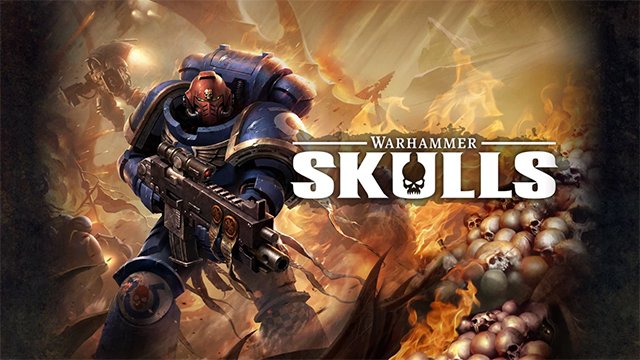 The 2021 Skulls Festival was full of game announcements. This annual festival surrounding Warhammer games had DLC, new titles, and events in a whole swath of different games. Here are all of the big new games that were revealed during the show as well as a few pieces of DLC.

Warhammer 40,000: Shootas, Blood, & Teef is one of the new games announced at the show. It’s a 2D action platformer from Rogueside, the studio who developed Guns, Gore, and Cannoli. Although no release date has been set, it will be on PC, PS4, PS5, Xbox One, Xbox Series X|S, and Nintendo Switch.

Warhammer 40,000: Chaos Gate – Daemonhunters is another new game from developer Complex Games. It’s a turn-based RPG that is slated for 2022.

Sister of the Thorn is the newest DLC for Vermintide II coming on June 30. It has “new playable career complete with new abilities, new weapon types, a new talent tree, a whole new skin, a new hat, new challenges, and new voice lines,” according to Fatshark.

Total War: Warhammer II: The Silence and The Fury

The Silence and The Fury is the final Lord pack for Total War: Warhammer II coming on July 14. The expansion will have some additional characters, units, gameplay mechanics, and “narrative objectives.”

While Darktide has already been revealed, developer Fatshark revealed the writer: Dan Abnett. Abnett is known for his work on a litany of superhero-based comics as well as Warhammer. The game is coming to PC and Xbox in 2021.

This DLC dropped today for Relics of War and includes new units for all factions.

Announced back in February, Creative Assembly revealed a new trailer for Total War: Warhammer III, showing the fiery world of Khorne. The game is still slated for late 2021.

Tempestfall had also been revealed earlier, but this was the first gameplay footage of the VR game the public has seen.

Blood Bowl‘s trailer isn’t the important part as it just started its own closed beta today, which players can sign up for through its official website.

Also an announced game, the big part of this trailer revealed that the game was free to keep on Steam for one week until June 10.