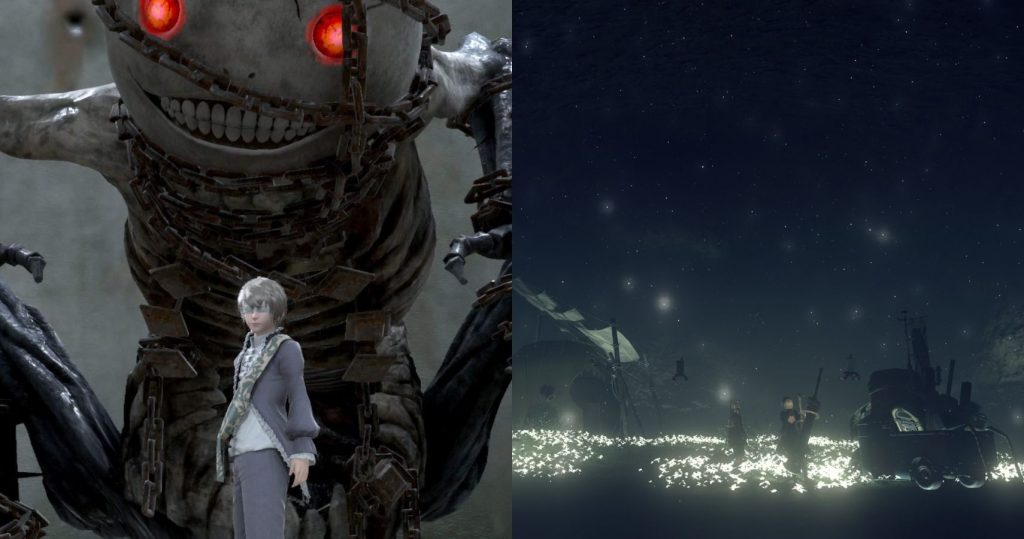 Emil’s sexuality is brought to the forefront in Nier Replicant – and that matters.

Queer storytelling in games has come a long way since 2010, the year when Yoko Taro’s Nier was first released onto western shores. In the first release, queer aspects of its many characters were pushed to the side, reworded in the English translation to become little more than a slight reference, or in some cases, they were removed altogether.

Kaine’s identity has always been one left up to interpretation, finally confirmed in concrete terms through developer interviews and books that were only released in Japan, so we really can’t blame Square Enix for that one. Emil, on the other hand, is a very different story. The boy has been confirmed as a homosexual character by director Yoko Taro, with Emil expressing romantic feelings towards the protagonist following the narrative timeskip.

Related: I Love The Refreshing Normality Of Sexuality In Nier Automata

In Replicant, it’s a clear cut example, but in the 2010 original, the dialogue doesn’t make reference to such things at all. Important aspects of Emil’s identity and subsequent struggles were transformed into something heteronormative, representative of a western industry that seemingly wasn’t ready for stories like this just yet. Despite this, fans still saw through it, finding the important meaning behind Emil’s sexuality even if it meant digging through fan translations of books online.

can we talk about how the western version of 2010 NieR completely toned down Emil being gay compared to Replicant now fully embracing it pic.twitter.com/healZu5Jtl

Replicant finally does Emil justice, washing away any doubt surrounding his sexuality – and his character arc is much better for it. In the 2010 original, Emil states that “I’d like to get married someday. I mean, if I can find a girl who doesn’t mind what I look like…” In the remaster, this is changed to reflect Emil’s true identity, instead of his sexuality being washed away like it’s nothing. Now, when the protagonist says to Emil that he’ll “find a nice bride someday” the boy simply replies: “Huh? Oh right. A… bride.”

You can feel the anxious doubt in his voice, the confusion that comes with a young person yet to accept their queer identity. Emil has enough on his plate already without trying to come to terms with his own sexuality, so there’s an element of sadness in his words that I can’t help but empathise with. His life is also on the precipice, so there is no other time for him to confront romantic feelings and connections he might otherwise never experience. Like much of Nier, it’s absolutely heartbreaking – with Emil having to leave many of his newfound friends behind as the game reaches its final conclusion.

We see him again in Automata, but his memories have sadly become fractured after thousands of years. With the help of 2B and 9S, this slowly begins to change, and we stumble across a location that is eerily similar to one found in Replicant. It is Kaine’s home, a place which Emil would come to treat warmly in their absence. By gathering flowers known as Lunar Tears, Emil starts to decorate the desolate space with shining fauna, each new plant a testament to the memory of his fallen friends.

By the game’s conclusion the whole area is awash with lush, luminescent flowers that cement how much Emil misses his loved ones, and what he would do to see them again. It’s a fitting tribute, and one that still makes me tear up a little bit. He spent thousands of years in the dark, but now a couple of androids have come along to help him see the light. It’s a fittingly human moment to both the wider themes of Automata and Emil’s character as a whole. Even as the world approaches its end, there is always something worth caring for.

I’m glad that Nier Replicant gives Emil another chance to shine, with the spotlight no longer afraid to place a focus on his sexuality and the nuance this provides his character. The original version of Nier did him dirty, and fans as a consequence, so now newcomers and veterans alike can experience this story as Yoko Taro intended. It’s still sad as hell, games need to stop making me cry like this.

Jade King is one of the Features Editors for TheGamer. Previously Gaming Editor over at Trusted Reviews, she can be found talking about games, anime and retweeting Catradora fanart @KonaYMA6.