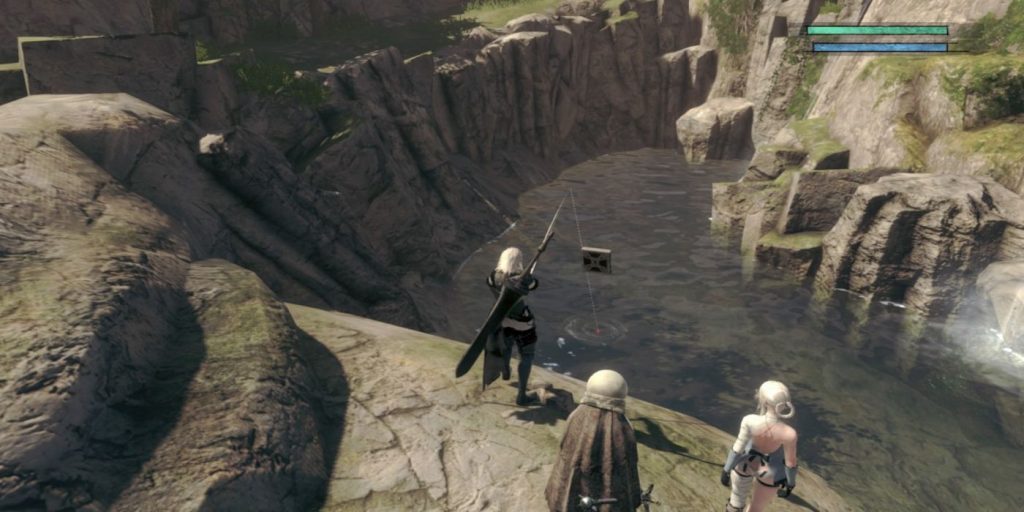 For Nier Replicant fans looking to make a quick buck, here is one of the quickest ways for the player to farm for Gold in the game.

Nier Replicant has completely remastered the original game and gives the same experience with a fresh coat of paint. For new people joining the series, there are plenty of things gamers should know before playing Nier Replicant.

One important aspect of the player’s quest will be the consistent need for Gold. It is important for purchasing all the different types of weapons in Nier Replicant and other important necessities later down the road.

There are plenty of different ways to earn Gold, such as completing quests. However, there is one sure-fire way that will help players earn a ton of money in little to no time. So for Nier Replicant fans who want to earn big money quickly, here is a guide on how to do it via fishing.

By far, the most efficient way to earn a lot of Gold is through fishing in Nier Replicant. Gamers need to blaze through the main storyline until they come across the NPC that gifts them with the fishing pole at the Seafront. Additionally, he will task players with nine quests for catching fish in different locations as part of the Fisherman’s Gambit.

Fans will want to finish all of the missions quickly because every time they complete one of the fishing quests in Nier Replicant, their fishing skill will go up. Once it is at the maximum level, they will be able to catch fish at a much higher rate.

The three best locations for catching fish are the dock in the Seafront, the Desert, and the Eastern Road. The Eastern Road, in particular, has a special Royal Fish that can be caught within 20 seconds and sold for 4,000 Gold. In total, fans should be able to catch about 21 different fish in 10 minutes, worth about 84,000 Gold.

The other two locations aren’t too shabby, either. The Rhizodont in the Desert costs 15,000 Gold, but sadly it doesn’t spawn frequently and takes about two minutes to reel in. Even if fans were lucky enough to get five of these, it would still be less than what they can fish for at The Eastern Road. The Dunkleosteus at the Seafront goes for about 12,500 Gold but also has a similarly low appearance rate.

Gamers will need to purchase earthworms to grind for fish, but these only cost $.10, so players will definitely get their money back. Hopefully, fans will be able to use this information to get them to where they need to be in the game.

Nier Replicant is available now on PC, PS4, and Xbox One.

MORE: NieR Replicant: How to Get Pink Moonflower Seeds

Preston Fusci is a UCLA graduate with a major in Communications and a minor in Theater. His love for video games first started out on the Gameboy Advance with many classic games such as Pokemon, Kirby, and Final Fantasy. You can follow him on Instagram at @preston_fusci.