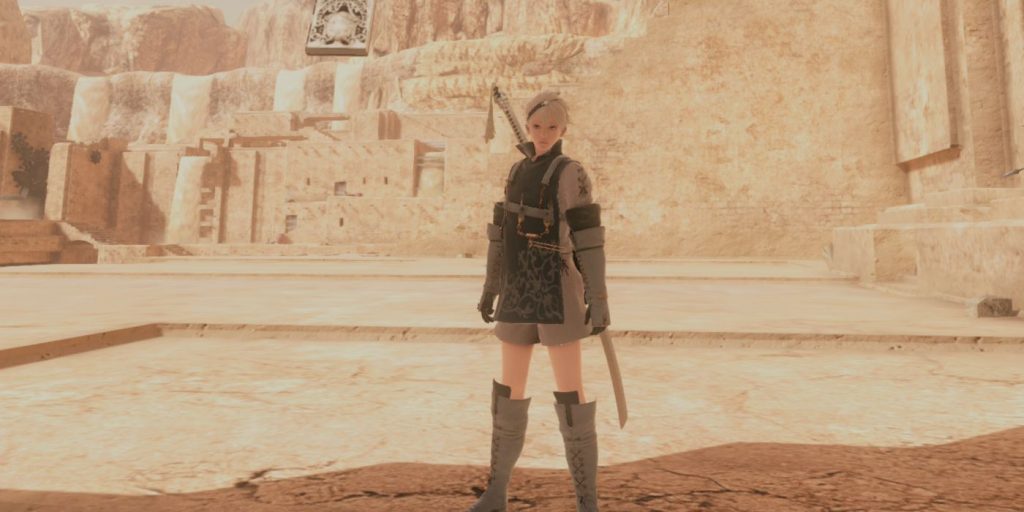 Nier Replicant players can find out what food item is required to complete the Facade sidequest ‘Item Unknown’ in this short guide.

In NieR Replicant, there are a variety of riddles that players will encounter throughout the game’s main story and side quests. Unlike The Forest of Myth, which is comprised of multiple challenging riddles, in the “Item Unknown” sidequest players must only solve one relatively simple riddle.

When NieR Replicant players first reach the city of Facade they will find that the townsfolk are unwilling to talk to outsiders, and as a result, will not give the player any sidequests. In order to unlock sidequests in the area, players must first progress to the point in the main story when they return the Prince to the city of Facade.

Players can accept the quest from the NPC located by the entrance to the Kings Mansion. If players do not know where that is, they can easily select “Kings Mansion” from any of the fast travel points along the sand river throughout the city.

After speaking with the NPC, she informs the player that she is planning a birthday party for her daughter but, because of the rules of the city, cannot state the item that she requires. Instead, she is only able to describe the item to the player as “round, striped food objects.”

Players familiar with the food available for purchase in the city will immediately know that the item she is referring to is Watermelon. Players can purchase the watermelon from the grocery store located nearby. If players are unfamiliar with the city layout, they can also fast-travel to the vendor via the sand river by selecting “Grocery Store.”

Unfortunately, unlike in the Yonah’s Gift side quest, where players only had to obtain one watermelon, in “Item Unknown” players must purchase 10 watermelons. Each watermelon costs 800 gold for a total of 8000 gold if players want to complete the sidequest as quickly as possible.

If players do not have the funds to purchase the watermelon or are not anxious to complete the sidequest right away, they can opt to purchase 10 watermelon seeds from the shop vendor near the entrance of the town instead. In comparison, watermelon seeds cost 120 gold each, making the purchase total 1,200 gold – a more manageable sum than purchasing the watermelons. If players opt for this method, they must make sure that they have gardening unlocked in NieR Replicant in order to be able to plant the seeds. While this may not be the fastest way to complete the quest, it gives players a good excuse to use their garden.

NieR Replicant is now available for PC, PS4, and Xbox One.

Star Wars Jedi: Fallen Order 2’s Greatest Strength Is Outside Its Own Universe