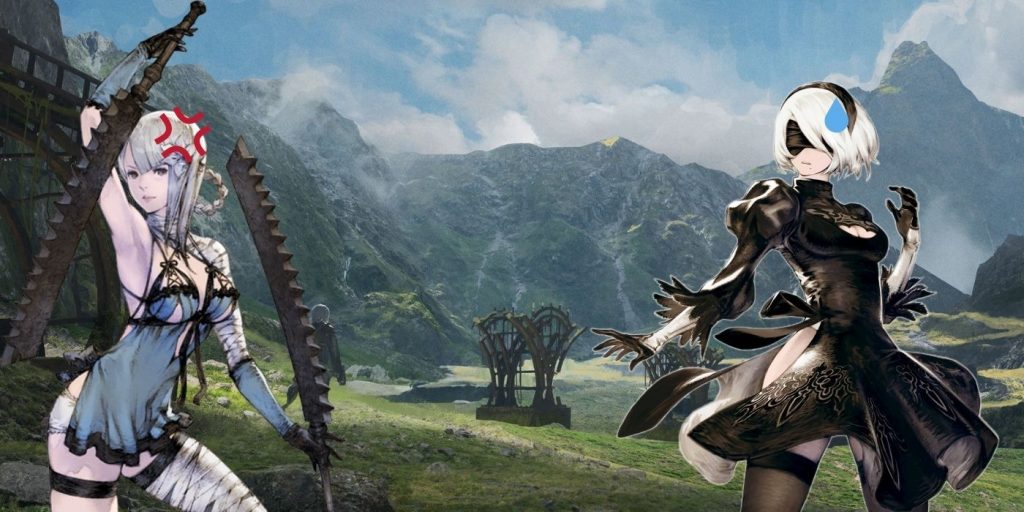 NieR Replicant is receiving heat from dissatisfied fans about its Daredevil trophy, which many feel requires the player to objectify a character.

There are a total of 47 trophies in NieR Replicant, and while they are mostly easy to attain, some of them are a bit of a time sink. At the very least, players will need to complete the game five times in order to get all of the different endings, and this can end up being even more times if the player misses any trophies on a playthrough. One trophy has gotten attention, but not in a good way. The Daredevil trophy has been the source of some controversy since it was revealed, as many feel it objectifies a certain character in an offensive way.

There are SPOILERS AHEAD for the final ending of NieR Replicant, so those players wanting to discover this for themselves should turn back now. The Daredevil trophy can only be obtained during Ending E, so it isn’t really possible to talk about why this is an issue without discussing some endgame surprises. More specifically, this is even a spoiler for veterans of the franchise since Ending E is brand new to NieR Replicant Ver.1.22474487139. That said, those same veterans of the franchise already knew exactly what they’d have to do to get the Daredevil trophy after reading its cryptic description.

NieR Replicant “Daredevil” VS NieR Automata “What Are You Doing?”

The trophy’s description reads “Risked life and limb to discover someone’s secret.” The someone that this trophy refers to is Kaine, the female character in the player’s party. In order to get the achievement, players have to angle the camera up so that they can see Kaine’s underwear. After a while, Kaine will make a comment and kick the camera. As if this wasn’t bad enough, the player has to do this ten times (each with a different dialogue line) before it will trigger a game over and award the trophy.

This is actually a reference to a similar trophy in Nier Automata. In that game, players got the trophy called “What Are You Doing” by looking up 2B’s skirt 10 times. this also garnered some controversy from disgruntled fans that didn’t appreciate the requirement to objectify a female character, and as if no lesson was learned,  players are now upset about the treatment of Kaine is because of her backstory, as she is intersex.

For those that don’t know, to say that Kaine is intersex means that she doesn’t fit into the biological definition of either male or female. Although it isn’t explained anywhere within the game, supplementary materials imply that Kaine has male genitalia despite being biologically female in every other way. It’s also heavily implied that she was severely bullied while growing up for this, and it ends up being a major part of her character arc and the growth she goes through during the course of the game. With all of that in mind, it’s also rather strange because it is by no means easy to get this achievement, adding a level of aggressiveness that makes it even worse somehow.

Adding to the required times that the camera must be used, players must also reach the final ending to get it. In order to get NieR Replicant‘s Ending E, players will first need to get the other four endings. Ending A is attained simply by playing through the game and unlocks Ending B. Players will reload the game right after they meet up with Kaine, and new cutscenes will give more details on Kaine and Emil. After this, players need to play through the game again, this time collecting all weapons. This allows players to pick either Ending C or Ending D, both of which will need to be completed in order to unlock Ending E. Finally, in Ending E, players will be able to play as Kaine. As of yet there’s been no response from Square Enix about this controversy, so players can only speculate at what the purpose of including this trophy is.

NieR Replicant is available now on PC, PS4, and Xbox One.