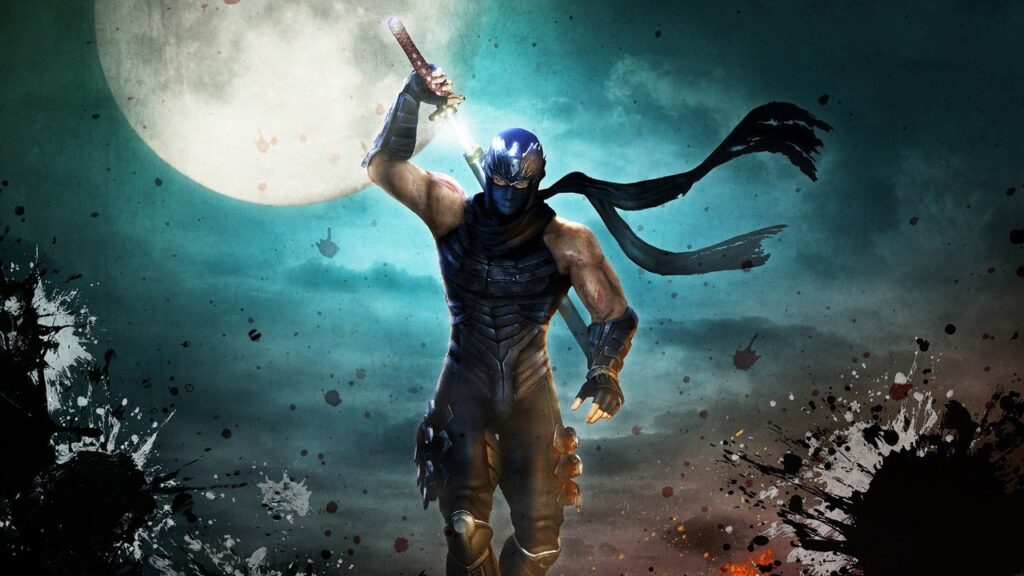 The latest Nintendo Download update for Europe has arrived, and it’s bringing new games galore to the eShop in your region. As always, be sure to drop a vote in our poll and comment down below with your potential picks for the week. Enjoy!

DreamWorks Spirit Lucky’s Big Adventure (£34.99 / €39.99) – Where will Lucky’s treasure map lead you? Ride as Lucky on her faithful mustang, Spirit, and begin a wild new adventure in Miradero. There’s a whole wide-open frontier full of exciting quests and wildlife to explore. With Lucky’s fearless best friends Abigail and Pru by your side, you’re bound to have lots of fun! You’ll need to navigate dangers too, like the horse wrangler Hendricks, who’s a little too interested in your treasure hunt. But with the PALs together, and the bond between Lucky and Spirit growing stronger, you’re ready to become a true frontier expert.

Age of Sokoban (Erik Games, 10th Jun, £2.49 / €2.99) – Renovation of Japanese classical puzzle game. Age of Sokoban brings next level puzzle solving experience on your Nintendo Switch devices with newly introduced mechanics and gameplay. Help detective Kedy to solve puzzles in Egypt, Greece and Space. But beware of the enemies who will block your paths during the game. Each level will bring more difficult puzzles, at the same time, newly encountered boxes with different mechanics will increase your thinking time.

Alba: A Wildlife Adventure (Plug In Digital, 9th Jun, £16.74 / €19.99) – From the BAFTA-Award winning studio behind Monument Valley and Assemble with Care comes something entirely new! Join Alba as she visits her grandparents on a Mediterranean island. She is ready for a peaceful summer of wildlife exploration with her friend Ines, but when she sees an animal in danger, she realises she needs to do something about it! This is truly a Mediterranean paradise if you ignore all the litter! From the idyllic beaches to the ancient castle overlooking the town a whole island is ready to be explored.

ANIMUS: Revenant (TROOOZE, 10th Jun, £21.99 / €24.99) – “Blood for blood. That which is taken shall be returned. ” Keeper of this unremembered refuge, the danger is here. A blood debt incurred long ago is to be collected to bring about the end. Summoned from humanity’s last breaths of desperation, you are all that stands between Cadmeia and its annihilation. Find and seize the blood memories of old, lest those that intend suffering and harm unending should wield them. Brace yourself. Kerr, Breaker of Worlds, is come.

Bring Honey Home (Kistler Benjamin, 8th Jun, £7.19 / €7.99) – Bring Honey Home is a block filling puzzle game. To complete a level you need to drag pieces to the gameboard and fill up the whole grid. It comes with 4 difficulties ranging from Beginner to Expert and there are 240 levels in total. Features : – Different difficulties – 240 levels – Sweet art design

Haunted Dawn: The Zombie Apocalypse (TROOOZE, 10th Jun, £14.99 / €16.99) – It’s a single-play FPS game with a movie-like story that the main characters escape from the zombie world. Escape from the zombies and survive with a variety of modes and of a number of weapons that are leveled up and released! The long-awaited ending is waiting for you.

Inexistence Rebirth (£6.79 / €7.49) – Hald and his sister were chosen by the gods to be “Keepers”. Their shared duty is to maintain order and balance in the world; but peace was not something everyone desired. Claos, a man filled with dark purpose, decides to plunge Hald’s sister in a deep slumber and break the balance. Hald begins his quest to find Claos and break the spell – throwing him into a vast world full of mystery and danger. . . Discover this great Metroidvania game and explore a vast world full of mysteries and action in this game inspired by the classics of the 16-bit era.

Life of Fly 2 (EpiXR, 10th Jun, £6.99 / €6.99) – Life of Fly 2 features 13 short stories each revolving around the life and thoughts of another fly. It is an interesting yet relaxing narrative flight game like no other. You jump into the role of a little fly which is collecting its thought while exploring its own living environment. Each fly talks about its life, about some things that happened to them, and about some almost philosophical thoughts they had. Be prepared to experience some very unusual content, some interesting thoughts that go way beyond the normal life of a fly, and some entertaining short stories with a twist.

NINJA GAIDEN: Master Collection (KOEI TECMO EUROPE, 10th Jun, £32.99 / €39.99) – Enjoy 3 games from the NINJA GAIDEN series in this one title. Each title is still just as fun as you remember while providing the same high speed action of the original releases. Look forward to heated battles with fearsome opponents! In addition to Ryu Hayabusa, 4 other characters, Ayane, Rachel, Momiji, and Kasumi, are also playable. You can create a tag team with your favorite characters and freely swap out the playable character during battles. ※The heroines included in this title are the same as the original versions. In addition, the characters that are playable and scenes (modes) vary for each title. – Read our NINJA GAIDEN: Master Collection review

Paradox Error (eastasiasoft, 9th Jun, £3.59 / €3.99) – Paradox Error is a surreal take on the scrolling platformer format, combining minimalistic black-and-white presentation with self-aware, fourth wall breaking design. Glitches are intentionally integrated, allowing the player to cheat death, open new areas by triggering bugs or leap off of UI elements as if they’re part of the stage. The title screen’s main menu acts as a respawn hub, cursors may appear as enemies or helpful guides, graphical errors obscure parts of the screen and the player’s character explodes into pixels upon death.

Piczle Cells (Rainy Frog, 10th Jun, £4.04 / €4.49) – From the creator of the popular Piczle series of logic-puzzles comes this quirky little brain-bender that is guaranteed to befuddle and bemuse! Slide cells on a grid to combine them. That sounds easy enough, right? Well, not so fast there, pointdexter! Over the 100 puzzles you’ll encounter head-scratchingly tough challenges, walls that both help and hinder, conveyor belts that push your cells into specific directions, switcher cells, and viruses that… well, everybody knows all too well these days that those are best avoided. These cute cells need to be merged into one; are you up to the task?

Pocket Warriors (Flying Spaghetti, 8th Jun, £10 / €11) – Garry the Wizard is gaining more influence over the kingdom and chaos is taking over the realm. You are the only one who can put this to an end. Grab your gear and set out on an adventure to save the world! As the saviour of the Zooricia Kingdom you will fight against wizards, great warriors and guardians of the realm. On your way to saving the realm you will encounter many dangerous enemies If the Story Mode is too difficult or slow-paced, you can challenge yourself and improve your skills in Survival Mode or challenge your friends and fight against each other in PvP Mode!

Sable’s Grimoire (Gamuzumi, 10th Jun, £11.99 / €11.99) – When Sable is accepted into Amadronia Magic Academy, he believes that his dream of becoming a world-renowned magic researcher is finally within his grasp. Unfortunately for Sable, his first day at Amadronia quickly proves to him that this will not be the case. Play as Sable, an aspiring magic researcher, as he gets sucked into the daily lives and troubles of his demi-human classmates. Will Sable manage to survive at this clearly dysfunctional academy?

Shieldwall Chronicles: Swords of the North (Silesia Games, 10th Jun, £4.89 / €5.59) – In Shieldwall Chronicles: Swords of the North, you lead a mercenary band into the perilous and cold northlands of Tarren. Your search for fortune will see you pitch blade and spell book against a host of enemies including the undead, demons, and lizardmen and many other creatures. In a battle that is part game-book and part tactical RPG, you will build a powerful band of warriors and wizards and tilt the balance of power in the northern kingdoms.

Sun Wukong VS Robot (£4.99 / €4.99) – Get ready to run, jump, fight, and explore! Sun Wukong VS Robot is a mini retro pixel metroidvania game inspired by old-school classics. Sun Wukong has awakened. Our hero appears at the center of a mechanical maze and is holding the weapon from his legends. However, he is imprisoned by a mind locker that has been put on his head. To regain his freedom, Wukong must defeat the four robots.

Super Soccer Blast: America VS Europe (£7.19 / €7.99) – Super Soccer Blast America vs Europe is an arcade-style football game that tackles football in a light-hearted and accessible way. As a breakaway from the seriousness of simulation and realism, it brings a very arcade style to the field with retro throwbacks. Prepare for the kick-off with a fast-paced football game, bringing a refreshing look to the football genre with accessible controls and skilled-based gameplay like over-the-top classic soccer games.

The Solitaire Conspiracy (£7.99 / €7.99) – Protego, the world’s leading spy agency, has been destroyed. Only one person can wield C. A. R. D. S to take control of Protego’s scattered spy crews and save the world. You. Guided by Protego’s only remaining analyst, Jim Ratio (Greg Miller), you must master the unique powers of each crew in a game of tactical Solitaire like none you’ve ever played before. Guide your crews home in a tale of intrigue where nobody can be trusted. Keep your cool in a world of AI spies and cyber-enhanced operators.

Willy Morgan and the Curse of Bone Town (LeonardoInteractive, 8th Jun, £17.99 / €19.99) – Willy Morgan is a third-person adventure game, set in a fantasy pirate-themed world with a modern touch. Combining the traditional point-and-click genre gameplay with a unique cartoon 3D graphics, Willy Morgan has the dreamy atmosphere, the humor and the freedom to explore typical of timeless classics. The story unfolds through funny dialogues and challenging puzzles. Keen powers of observation, intuition and imagination are going to be needed in order to succeed and ultimately find the truth.

Zombie Raid (£3.99 / €3.99) – Zombie Raid is a top-down shooter with frenetic action where your objective is to survive waves of enemies. Use wisely the many different weapons available as well as your grenades to get rid off those hordes of deadly zombies. The game has an very long play life thanks to its procedural on the fly levels generator making them infinite.

So that’s your lot for this week’s Nintendo Download. Go on, be a sport and drop a vote in the poll above, and comment below with your hot picks!