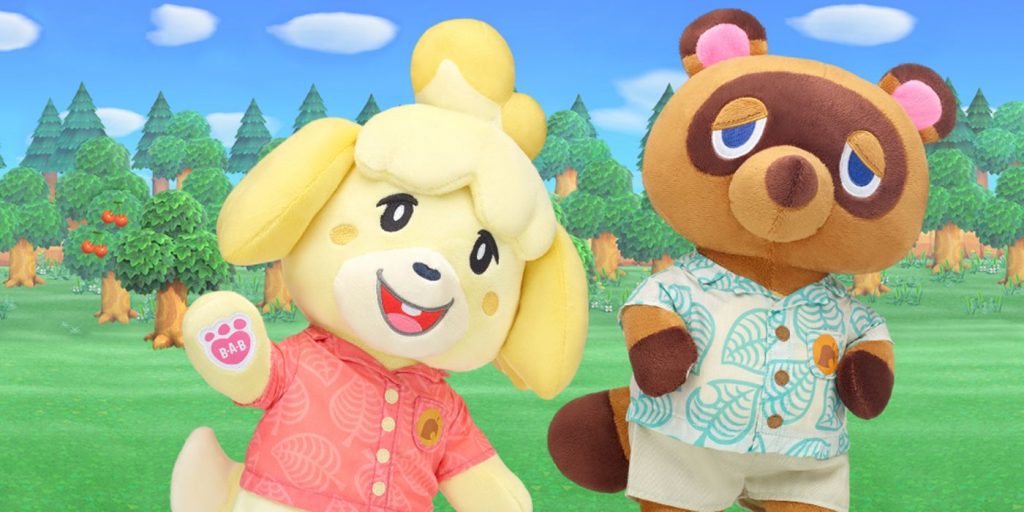 Nintendo of America launches a sweepstakes to give fans of Animal Crossing: New Horizons the chance to win the two Build-A-Bear toys.

At the beginning of April, the collaboration between Animal Crossing: New Horizons and Build-A-Bear made its debut, introducing two characters, Isabelle and Tom Nook, in plushie form. Despite some fans’ disappointment that other villagers from the game weren’t also released, the pair of stuffed animals sold out in just over an hour after launch.

Build-A-Bear had created a virtual waiting room for people to join, similar to the queue system for the PS5 launch used by many retailers, which would randomly assign potential customers a place in line and give them the ability to buy the Animal Crossing toys. Unfortunately, many customers were unable to purchase the merchandise before stock ran out, but Build-A-Bear has a mailing list to notify people when the items get a restock online and in stores.

In the meantime, Nintendo of America has launched a sweepstakes to give fans another opportunity to get their hands on the Animal Crossing: New Horizons Build-A-Bear plushies. For 10 Platinum Points, those interested can enter the sweepstakes on the My Nintendo website and earn a chance to be one of five lucky people to win both the Isabelle and Tom Nook bundles. Hopeful participants can enter up to three times, and the sweepstakes will close on April 18 at 11 p.m. PST.

Members of My Nintendo can earn Platinum Points by completing a variety of simple tasks listed on the website. For example, finding the five hidden Pikmin on the official site for Pikmin 3 Deluxe will earn players a total of 100 Platinum Points, while signing into the Nintendo eShop from a Wii U or Nintendo 3DS console will garner 30 Platinum Points.

The Animal Crossing: New Horizons Build-A-Bear plushies stand approximately 15 inches tall, and each character is sporting their summer outfits. They retail for $44, and an extra $7 will add a sound chip with the game’s theme music that can be played by pressing on the stuffed animal’s paw. In addition to Isabelle and Tom Nook, Build-A-Bear plans to announce a new Animal Crossing character that will launch sometime this summer.

Build-A-Bear got its start in 1997 as a place where people could create their own personalized stuffed animals. Customers could go to a Build-A-Bear Workshop and select the type of animal, outfits, sounds and even scents they wanted. Over the years, the company opened multiple locations across the United States and eventually also moved online, allowing shoppers to buy premade animals or build their own.