Nintendo Teams With Fujifilm for an at Home Pokemon Snap Printer 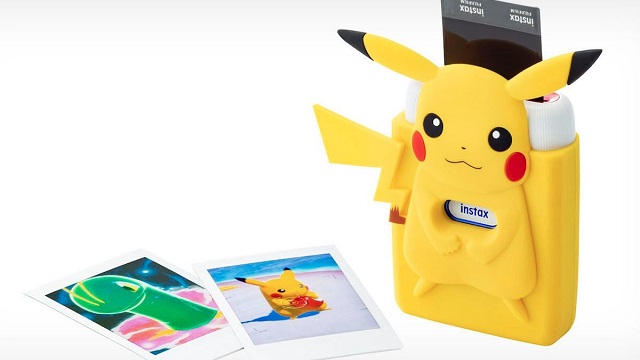 Fans of the original Pokemon Snap on Nintendo 64 may remember heading down to the local Blockbuster with their cartridge in order to print out real-world representations of the in-game photos they snapped of Pikachu, Electrode, and the rest of the pocket monsters. In 2021, there is only one Blockbuster left, but Nintendo still wants to offer fans the chance to print out their pictures and build out a scrapbook from their digital travels in the Switch’s upcoming New Pokemon Snap.

Teaming with Fujifilm, the publisher has announced plans to sell a Pokemon-themed printer that connects to the game via a smartphone app and prints out a player’s best snapshots. The camera in question is a special edition of Fujifilm’s already existing instax mini Link, which can also be used to print standard photos from an Android or iOS app. Those who already happen to own a previous version of the printer will simply just need to download a new app to connect to Switch, and they can print off photos just like in the good old days.

New Pokemon Snap is the long-awaited follow-up to a classic of the Nintendo 64 library. Originally released in 1999 before the release of Pokemon Gold and Silver, it took players on a tour of several regions where they could photograph a subset of the original 151 pocket monsters. The number of Pokemon has ballooned to over 875, meaning that there are plenty of new creatures to include in this belated sequel.

The game and the printer’s smartphone app releases on April 30. The instax mini Link printer is available now without Pokemon decorations for $99, with a Nintendo-branded bundle coming for $199 in the near future via Fujifilm’s website.