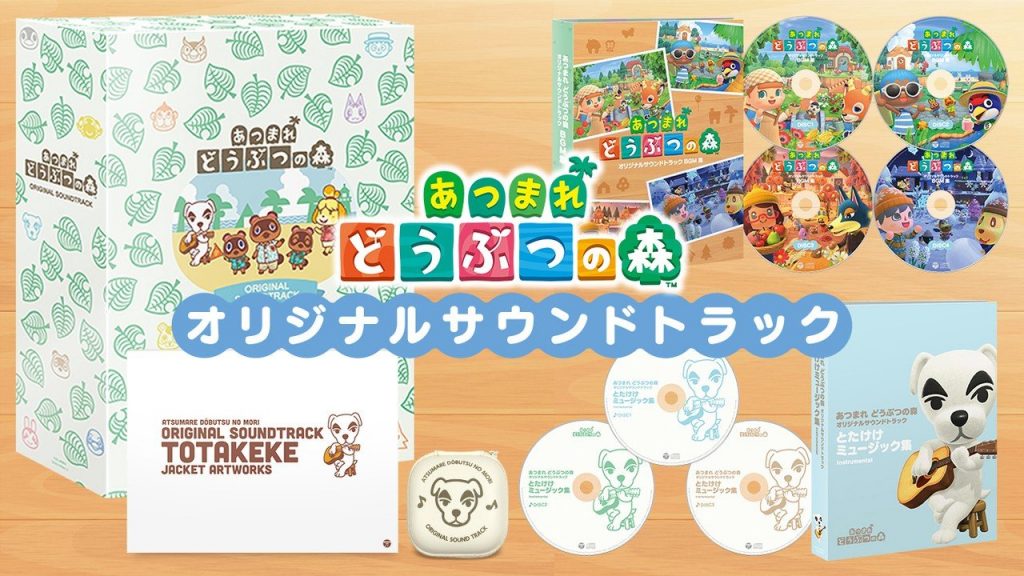 As you may already be aware, Animal Crossing / Dōbutsu no Mori is celebrating the 20th anniversary of the series’ debut in Japan, which is a particularly nice landmark. As part of the celebration the Nintendo Official Store in Tokyo unveiled a beautiful range of soundtrack collections, though the most desirable seemingly sold out within an hour or so.

The special limited edition collection above, which includes 7 discs of music from the series, an artwork book and an ear-bud case, is currently out of pre-orders on the Japanese My Nintendo Store despite its 11,000 Yen price tag (approx $100USD).

The other options, which split up the different sets of CDs but still come with those rather nice CD books/holders, are still in stock for pre-order at the time of writing.

Perhaps the music in Animal Crossing is overlooked at times, but it is undoubtedly relaxing, charming and vital to the overall vibe of the games. Some of the special event music (such as New Year’s Eve in Animal Crossing: New Horizons) is downright terrific; the medley cover below from Nico Mendoza Music is good fun.

Would you splash out on a soundtrack collection like this if it was released outside of Japan?