Home » No Man’s Sky Gets Visual Overhaul in Latest Update

No Man’s Sky Gets Visual Overhaul in Latest Update 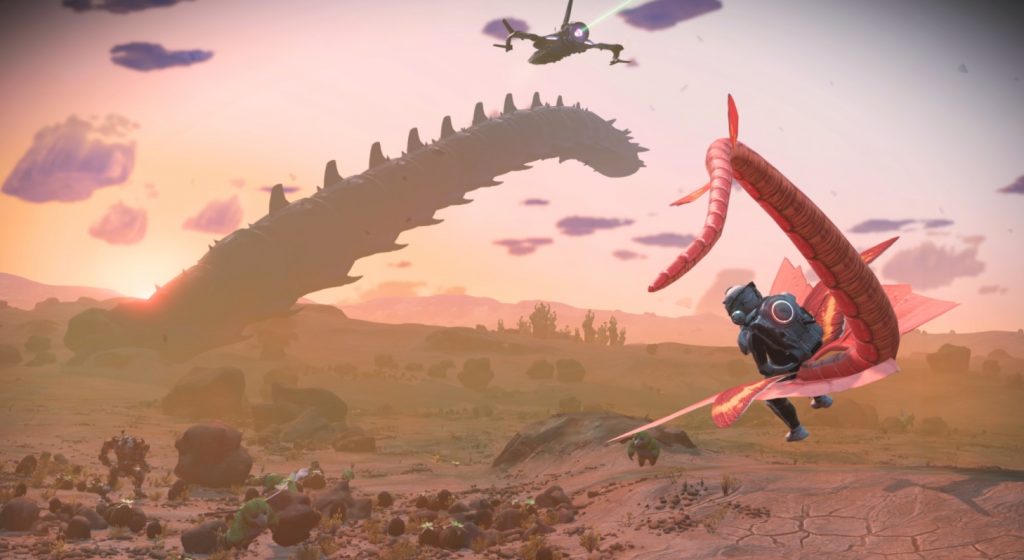 No Man’s Sky’s latest update, called “Prisms” rolled out today. Not so much a content update as a graphical update, Prisms completely changes the game’s appearance with stunning new upgrades. These include things like volumetric lighting, reflective surfaces, rain that refracts life and surfaces that look wet when it rains, and more.

Hello Games said in the Prisms press release: “Virtually no part of the game has been left untouched – our small team have enhanced the technology and the art all across the game to make the entire universe more vivid and beautiful than ever. Planets, skies, stars, creatures, the weather, space stations and more – new technology and new content mean they look the best they’ve ever been.” And they’re not kidding. The new update even includes things like better fur on animals, a more beautiful night sky with more stars, and lightning storms that have the chance to spawn rewards.

It’s amazing how far No Man’s Sky has come from its lackluster launch. It doesn’t even look like the same game anymore, and I mean that as a compliment. It only took, what, five years of constant updates? At this point, it looks just as good as it did in the original teaser trailers, the one the game was roundly mocked for not resembling back in 2016.

It’s not just visual updates either: According to the list of upgrades in the Prisms update, players can now tame and ride flying animals. Photo mode has been given new features, such as manual control over bloom settings. A new Synthesis Laboratory has been added that will offer crafting recipes in exchange for nanites. There are several other updates, and if you want to read the full list you can do so on the No Man’s Sky site.