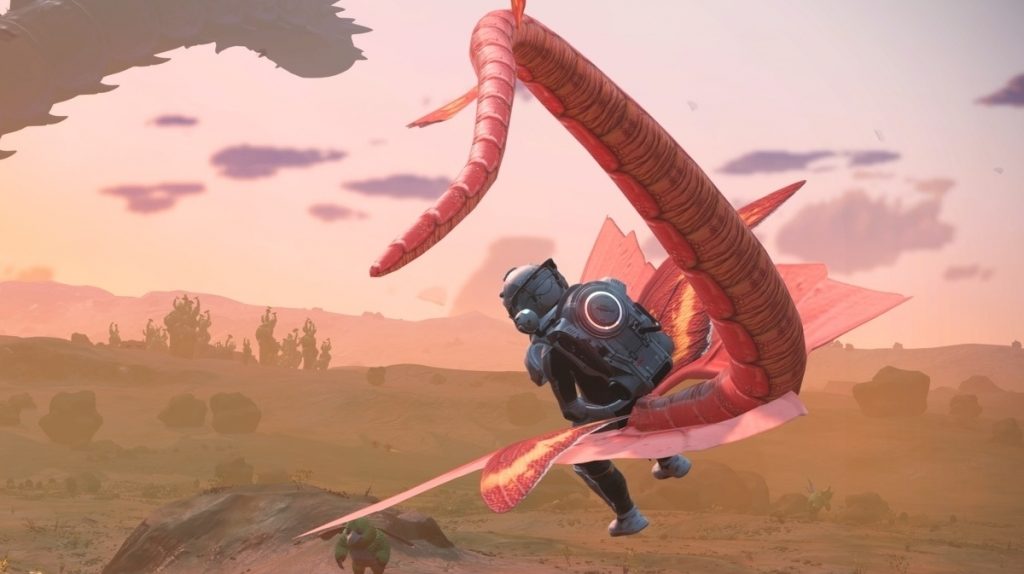 Prisms, No Man’s Sky’s 17th named update since its release back in 2016, touches up the game’s visual presentation pretty much across the board. Planets, for instance, get enhanced weather effects – Hello Games highlights rain, which now refracts the light and causes surfaces to become slick and wet – while underground caves become more detailed, with improved lighting and volumetric fog.

Planetary fauna, meanwhile, has been overhauled with proper fur effects and, as a bonus, flying creatures – which were sadly neglected in No Man’s Sky’s taming-based Companions update – can now be adopted and ridden through the sky.

Elsewhere, there are improved particle effects, more varied star fields while flying around space, and effects such as warping have been given an audio-visual makeover for a bit of extra punch. Additionally, space stations, freighters, and other interiors now feature reflective metallic surfaces, volumetric lights, and detailed surfaces from Parallax Occlusion Mapping.

The above additions are available on all platforms (and can be see in Prisms’ trailer), but Xbox Series X/S, PlayStation 5, and PC players also get a few additional treats in the form of enhanced biome detail, improved lighting quality, and detailed reflections. DLSS is also supported for those that own a compatible Nvidia graphics card on PC.

No Man’s Sky’s Prisms update is available now on Xbox, PlayStation, and PC, and full details can be found on Hello Games’ website.