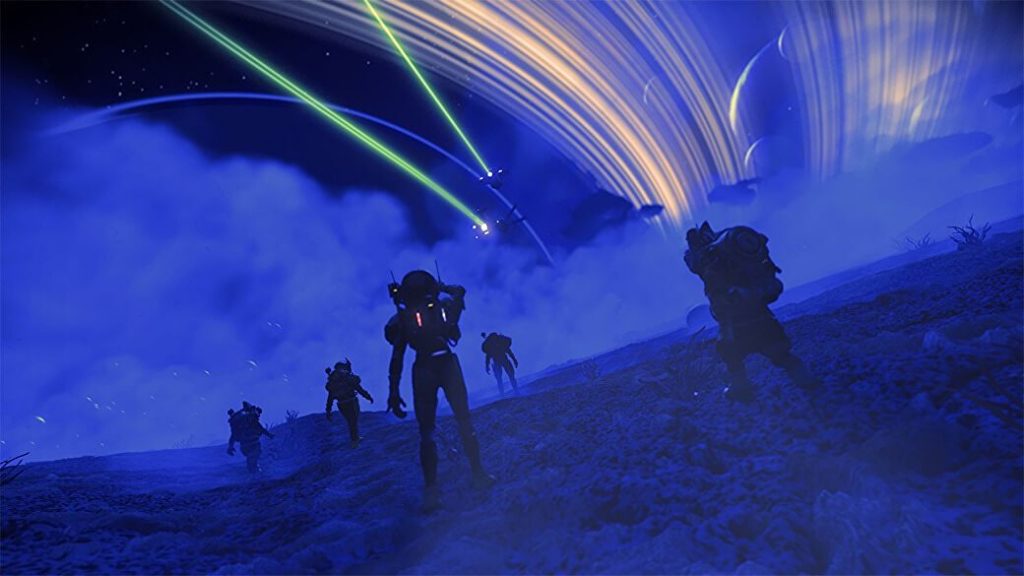 As it does, No Man’s Sky has expanded its universe with a biggo new update. This time, it’s beefed up with a brand new game mode called Expeditions. A bit like a seasonal event, Expeditions give players a bunch of time-limited goals and set them off along the same path together. They seem like they’ll channel the energy of some massive community scavenger hunt, everyone knocking around close to one another as they zip from goal to goal, which actually sounds like good fun. The first Expedition has just kicked off and is set to run for two months.


You’ll need to start a new save file to take part, after which you can choose “Community Expedition” as your game type. Hello Games explain that each Expedition will drop players off all in the same point of the universe to start their journey.


I popped in to the first Expedtion myself and did immediately find a set of busted player ships clustered around a nearby outpost waiting to be repaired. Off the bat, it reminded me a bit of what holiday events are like in standard MMOs. Everyone winds up chucked into a single location, crawling all over one another to complete the same objectives. That’s not a bad thing, to be clear. I tend to enjoy the hectic nature of in-game holidays. It seems like a fun break from exploring the wide open universe.


To guide your progress through each Expedition, you’ve got a set of milestones to achieve. They seem to start out pretty basic, such as finding your ship and leaving the planet for the first time, and get more difficult in each phase.


Completing each of the five phases for the Expedition will unlock a reward, as will fully completing the entire thing. The rewards you unlock in Expedition mode can also be accessed by your other save files. After the Expedition timeframe ends, Hello Games say that you can’t continue earning rewards but your save file you created will be converted to a standard mode save that you can continue to play.


There are also rendezvous points along the Expedition. “Reunite with other travellers on the same journey, group up with the community to build a settlement, or simply wave hello as you pass through,” Hello Games say. It feels like another chance to get that communal goals vibe out of the Expedition mode.


You can catch the rest of the udpates over on the NMS site. There are new weekend event missions to take on along with upgrades to explorer class starships and sentinal combat, among other quality of life changes.