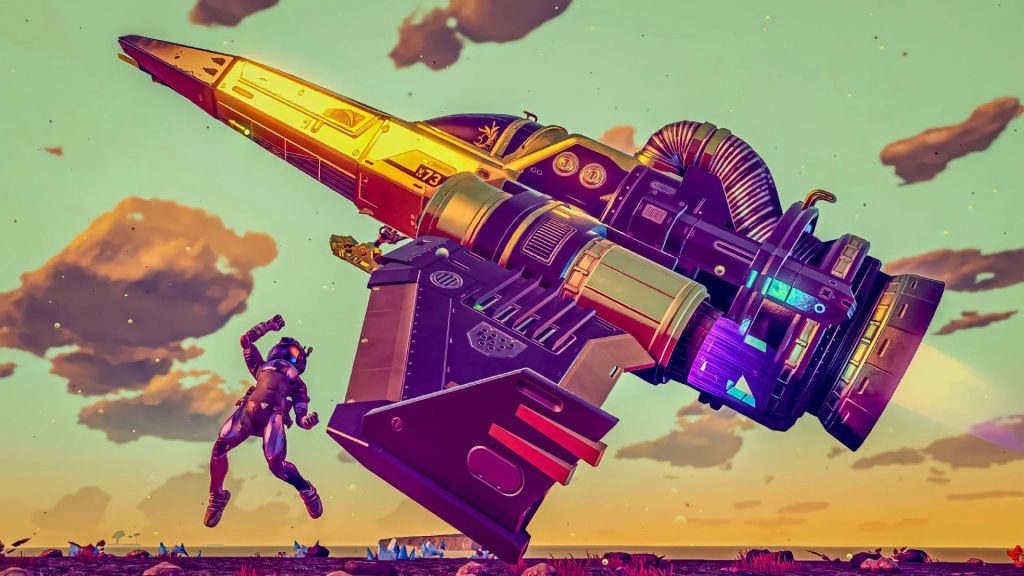 No Man’s Sky players are embarking on the space game’s second seasonal ‘expedition’. The shared experience system first launched in April with the Pioneers Expedition, and today sees the start of the Beachhead Expedition, which developer Hello Games says is “a journey with a very different pace and structure” to the first.

“We are very excited to explore the gameplay and stories that this new mode gives us the chance to create,” the developers write in an update post. “Once again, players will start from a new save and all on the same planet.” From there, No Man’s Sky pilots will follow a guided plot that takes them through a new batch of story content, challenges, and rewards.

“Alongside the new Expedition, Nada and Polo’s regular research effort aboard the Space Anomaly has shifted into a new gear,” Hello Games hints mysteriously. “Priest Entity Nada has detected something thought impossible: a fluctuation in history already written. A new pattern is emerging in the stories of the ancient Gek, Korvax, and Vy’keen.”

The Beachhead Expedition arrives alongside a new supporting patch, 3.40. Here’s the changelog: