No More Heroes 1 and 2 Remasters Coming on June 9 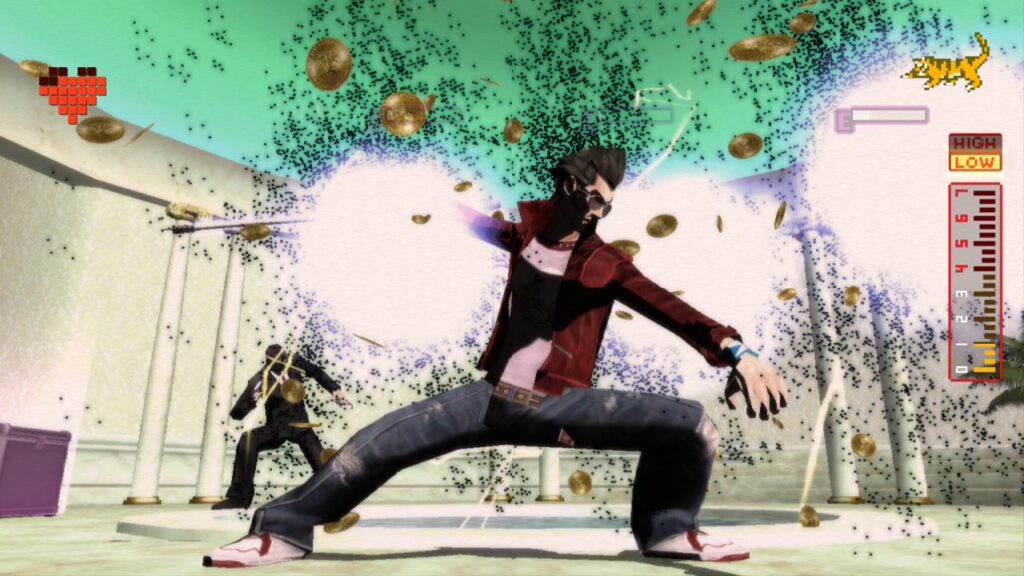 In case you don’t already know, the No More Heroes games follows the adventures of Travis Touchdown, an anime nerd who buys a laser sword — sorry, beam katana — on the internet and somehow becomes an assassin. In the first game in this series of third-person hack-and-slash games, Travis must work his way up the assassin hierarchy, killing everyone else between him and the top slot. The very unpleasant Travis will also play a number of side activities in order to earn money.

No More Heroes 2 expands on the original, with Travis having more beam katanas to use, and with two other characters being playable. Travis is a bit less of a slimy person in this game, but the vibe is overall the same between the two games — this time it’s a bit more of a revenge quest than Travis just trying to murder his way to the top. Both games support HD, 60 FPS, and Steam cloud support. Both are available to buy separately on Steam for $20 apiece.

The series is making a comeback, somewhat. A side game in the series, Travis Strikes Again: No More Heroes — in which Travis gets stuck in a video game, if I’m remembering correctly — launched a couple of years ago on the Switch and other consoles. It’s also been launched on Steam, meaning the addition of the other two games will mean the whole series is now on Steam. There’s also going to be another proper sequel, No More Heroes III, that’s set to launch this August.