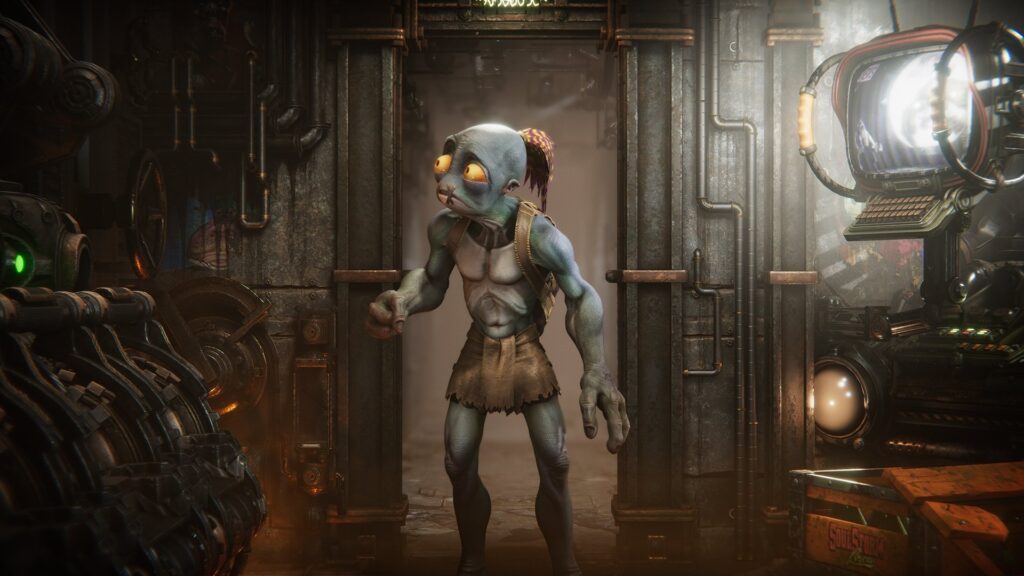 Oddworld Inhabitants’ PlayStation console exclusive Oddworld Soulstorm looks like it’ll be making the trip to the Xbox side of the street sooner, rather than later.

The Entertainment Software Rating Board has given both an Xbox One and Xbox Series X|S version a rating of T for Teen, and the game has also been rated for Xbox One by Brazil’s Coordenação de Classificação Indicativa.

This is an adventure-platformer in which players assume the role of a character trying to save his people from an evil force. From a mostly side-scrolling perspective (i.e., 2.9D), players traverse platform environments, solve puzzles, and engage in various combat tasks (e.g., mind-controlling guards to shoot at one another, using characters to attack enemies). Enemy guards use missiles and machine guns to attack players and unarmed characters attempting to flee. Combat is highlighted by cries of pain, gunfire, and explosions; missiles sometimes cause enemies to explode into jibs or small chunks of flesh. A handful of cutscenes depict characters with bloody gunshot wounds. During the course of the game, a character is frequently depicted smoking a cigar. The word “sh*t” appears in the dialogue.

Previously launched in PC and for free for PlayStation 5 PS Plus subscribers in April, the “2.9D” platformer has been described as a total reboot of the below-par Oddworld: Abe’s Exoddus, which was rushed together in less than a year back in 1998 in an attempt to cash-in on the runaway success of Oddworld: Abe’s Odyssey.