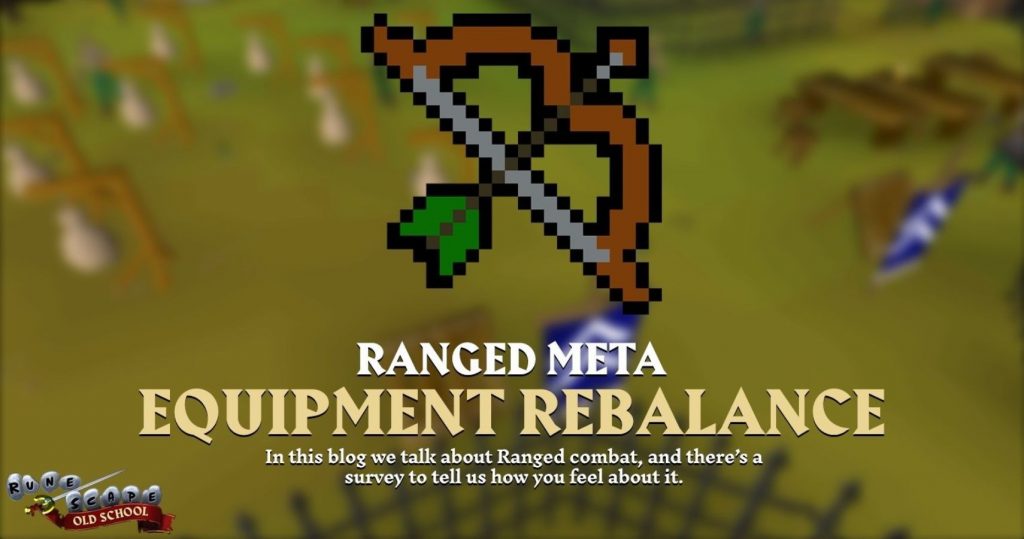 Jagex is seeking feedback on how best to rebalance Ranged weapons in Old School RuneScape.

Old School RuneScape continues to seek community feedback on its sweeping Equipment Rebalancing initiative, this time asking for input on the current Ranged meta. To that end, Jagex has released a short survey that will help pinpoint current issues with the meta and offer insight into changes the community would like to see.

Initial community feedback on the Equipment Rebalance was overwhelmingly negative, causing Jagex to take a step back and slow down with the plan. Since then, the team has been fully transparent with what changes it would like to make and why it feels these are necessary. This latest survey is another step in the right direction – giving players a say in how OSRS evolves.

As far as Ranged gear is concerned, the Toxic Blowpipe is the main target for the Equipment Rebalance. Powerful in nearly all situations, Jagex wants to nerf the popular weapon now in order to prevent balancing issues down the line. However, changes are yet to be set in stone.

“There is almost certainly a scenario where the Toxic Blowpipe could remain in-game just the same,” Jagex announced. “However, we’d be left in a situation where adding new Ranged gear from future pieces of content would result in blatant power creep. The gap between Melee/Magic and one Ranged item would continue to grow.

“We believe that making changes now is in the best interest of the long-term health of the game. We still want the Toxic Blowpipe to remain viable, but for it to be a tool in your arsenal rather than the entire army!”

If you’re curious to know specific changes that might be coming to OSRS, be sure to check out the full blog post from Jagex. It’s definitely not brief, but it offers a complete look at what the team is doing behind the scenes.

Once you’ve gone over the nitty-gritty, you can voice your opinion in the Ranged Meta Survey.

NEXT: Mad Devils Gets A New Gameplay Trailer To Show You How To Run And Gun Through Hell

How Many Story Missions Are There In Outriders?