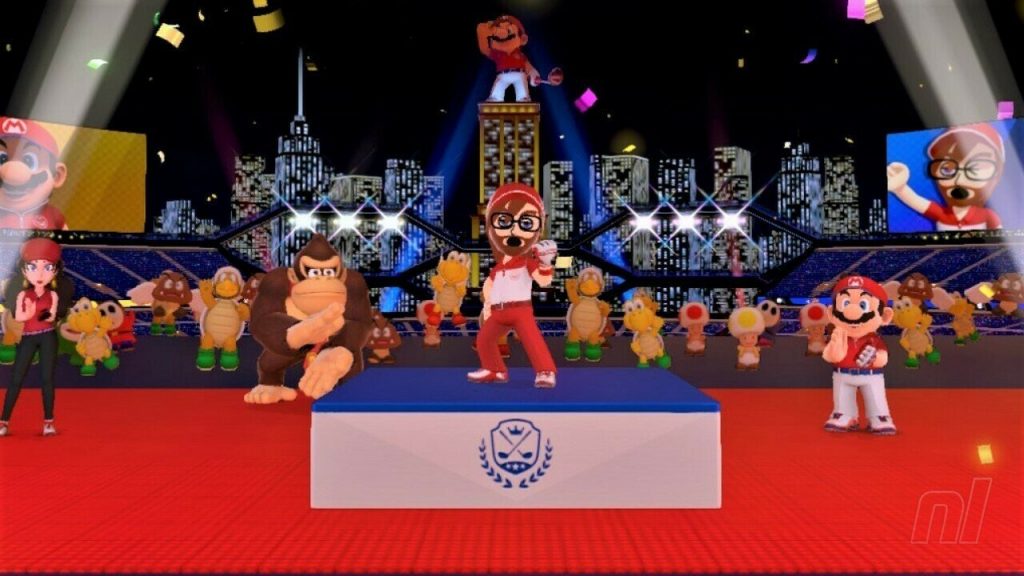 When Mario Golf: Super Rush launched it was enjoyable but a bit ‘b-tier’, as we argued in our review. While it’s still not matching the quality set by some other first-party titles on Switch, three major updates have greatly enhanced the content on offer. Online play is much improved, and there have been multiple new courses and modes to flesh out the experience.

Version 4.0 is the latest and last of these major updates, and makes yet more strong additions that are both fun and add variety. We’ve been trying out the new content and, once again, it adds more positives to the evolution of this Switch entry in the series.

Let’s focus first on the new characters that wrap up the roster.

First up we have Wiggler, which looks excellent taking shots and rumbling along, knocking opponents out of the way. It also becomes enraged for a few shots, which is a fun look and gives the character extra oomph — all told it’s another in the large character category, with the benefit of pretty good stamina in modes with a lot of running.

Shy Guy is a medium / small all-rounder, though as the character is so darn charming it’s worth trying them out. Pretty accurate and consistent across its stats, its Special Dash is also quite interesting as it glides above the ground when zooming along. This could be useful in courses like Spiky Palms to glide across rivers as shortcuts.

As final additions to the roster, they’re welcome, and all told there’s now a good variety of the Super Mario cast available. While Mii Characters that have been through the ‘Adventure’ and have been levelled up will remain the best options, in modes that exclude them there are now plenty of standard characters to choose from.

Next up there are two fresh courses, and pleasingly they stack up as among the best in the game.

Starting off with Shelltop Sanctuary. It is another par-3-only course, rather like previous update addition New Donk City. Though it doesn’t recreate the floating islands of an equivalent in Mario Golf: World Tour, it has a similar vibe and challenges players to be precise and accurate. The ‘amateur’ version is a challenge but doable, while the ‘Pro’ version will test strong players.

It’s a good addition and plays well in the One-On, One-Putt mode that we’ll cover further on.

Finally we have All-Star Summit, very much a ‘finale’ course and immediately one of our favourites in the game. We’ve been critical in the past that a number of courses and settings in this game lack creativity, and this goes some way to resolve that. Each hole and area is made to resemble iconic Super Mario characters, with clever usage of pretty much every terrain type to create the likenesses, along with breakable blocks and more.

This is a course where strategy is needed, as there are a lot of hazards due to character features being made with bunkers and deep rough; this is especially true in some of the longer par 5 holes. Even some greens have little bunkers for eyes, as an example, so depending on your approach you may need to even play chips instead of putts. It feels fun rather than gimmicky, and as the course looks fantastic, any quirks feel like strengths rather than weaknesses. The music is also excellent.

Both courses are good ‘uns in our view, and round out what has become a varied and entertaining batch in the game.

In addition two new modes flesh out the game further.

First up let’s talk about One-On, One-Putt. This is only found in the Solo Challenge area, with amateur (and unlockable pro) versions of New Donk City and Shelltop Sanctuary. As the name explains rather well, you have to get on the green in one hit (the fringe doesn’t count) and then sink a putt in one; if you get a hole-in-one the game clears you but gets confused and says ‘nice putt!’, amusingly.

You have to get through all 18 holes but get 10 continues, which sounds like a lot but they can disappear quickly if you come unstuck on one particular hole. We’ve said previously that New Donk City is enjoyable but has a couple of ‘aggravating’ holes, so getting through this mode will test patience. Shelltop Sanctuary, on the other hand, feels like it was designed with this mode in mind and works nicely.

All told it’s a good addition, and unlocking the pro and ‘special’ difficulty will give skilful players a nice challenge.

Finally we have Target Golf, which can be played as a solo challenge variation but more commonly against AI, local or online opponents. This is an excellent addition as it feels like it could be entertaining for everyone — players take turns, there are no hugely disruptive specials or running between holes and it gives a colourful alternative to standard courses. It takes place across three variations of a stadium arena, of increasing difficulty, each one charming in their way.

It’s all about accuracy and a little strategy, as you can pick from one of three ‘rings’ to target, with your score determined by how close you are to the centre. The ring segment you hit disappears, so across a 5-shot round strategies will change as less scoring areas are available. Double points in the final round and a ‘special’ area late on can keep everyone in with a chance, though when playing AI the special zone consistently appeared after our turn in round four, a minor annoyance and a little unfair!

So, where does Mario Golf: Super Rush stand after its update?

It’s worth giving Nintendo and Camelot credit for sticking to an update roadmap, delivering three significant boosts to content in terms of characters, courses and modes. Some of it should have been there are launch, we’d argue, but putting that aside the game is now fully featured and has excellent variety.

The fundamentals of the game — especially in terms of presentation — remain similar to launch, as aside from some of the more recent course soundtracks the visuals and audio still feel a little ‘b-tier’. However there’s a lot of content now, so anyone coming in fresh or for the first time since launch will find a lot more to do. Whether playing alone or with friends its options now mean that all kinds of players should enjoy their time with the game.

Considering the fact the updates have been free and have added so much, kudos is due to all involved. Mario Golf: Super Rush still doesn’t belong in the top tier of Switch games, but it is now a very good option for enthusiasts of the series or those looking for a different multiplayer experience on the system.

Let us know what you think of the Mario Golf: Super Rush, after its major updates, in the comments!