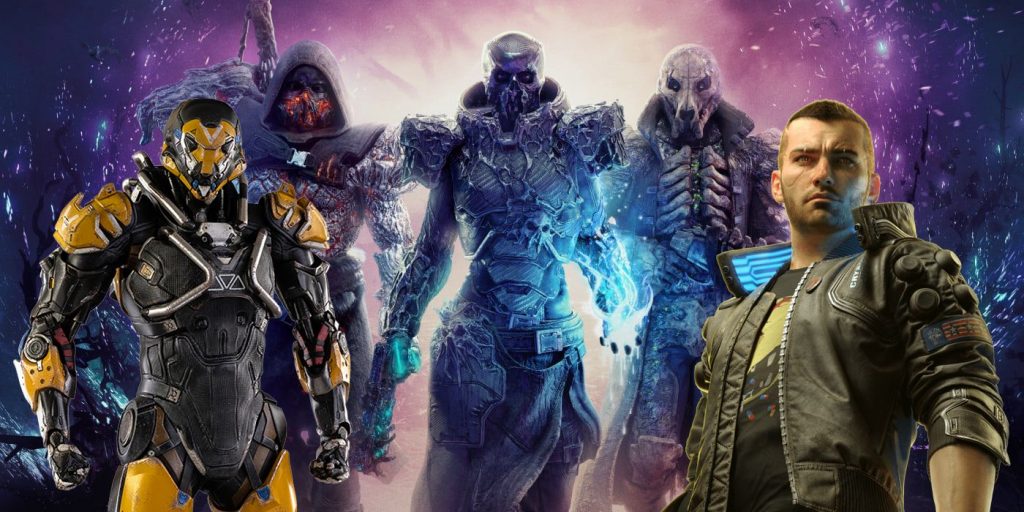 To say that Outriders has had a rough launch window would be putting things mildly. Since the game released on April 1st, developer People Can Fly has been working as quickly as possible to fix a number of issues that plague the game. Those issues, in many cases, can render the game unplayable for players and thus have become the top priority.

But with so many pressing issues garnering the Outriders devs’ attention, other parts of the game have likely not seen the focus that some may have hoped. Like Cyberpunk 2077 and Anthem before it, Outriders’ severe technical issues have put quality of life improvements on the backburner for the time being.

At first, the biggest problem facing Outriders was reliable connectivity. Throughout the game’s entire launch weekend, players had constant issues trying to play the game. People Can Fly explained why the server issues were there, but that didn’t detract from the fact that launch weekend was anything but smooth.

Even now, Outriders still has some connectivity problems. There is a Sign In problem (especially on PlayStation) where players will watch the log-in screen say “Signed In,” but hang there for minutes or longer. Crossplay is hit or miss for many players and matchmaking isn’t much better. Playing solo is arguably the only reliable way to play the game, but even that experience still faces its own issues depending on the platform.

Once most of the connectivity issues were, at the very least, improved, a new problem arose: inventory wipes. Outriders players flooded the forums, social media, and subreddits to say that the update meant to fix connectivity also led to their inventory being wiped. Because Outriders stores player information on its own server, players need to stay online the entire time. What seemingly happened is those connection issues pushed players offline, and then the inventory information on the servers got confused. Players logged back in and were greeted with a naked playable character.

Since the inventory wipe issue appeared, Outriders has launched a patch that seemingly fixes it. However, restoring the missing gear is an ongoing process for the developers and they don’t have any timeline as to when things will return. Characters with missing inventory are also unable to resume progress so as to not hurt the restoration process. This means if your inventory was wiped, the game is unplayable in some respects.

Quality of Life Improvements for Outriders

Needless to say, Outriders has some pressing issues to address – ones that likely are taking up a lot of development man-hours. It also has meant that the developers can’t discuss any future plans, balance changes, or quality of life improvements until the core issues are remedied. Which is a shame because there are plenty of areas that the game could use a little love.

Most of the game’s issues are impossible to confirm, but anyone who has spent some time with the game has likely experienced them. Whether it’s inconsistent damage scaling or just a damage scaling bug, there appear to be some troubles with the way the game ramps up its difficulty in World Tiers and Expedition Challenge tiers. Players get instantly killed by enemies despite being higher item level, and deal out inconsistent damage across the board. One example is that a Challenge Tier Expedition for level 45 is just as difficult as CT 49 for a player who is average level 49. However, if that player puts on gear to reach average level 45, they will scale correctly.

Inconsistencies with enemies and enemy AI could also use some attention. Crawlers being able to send their attacks through the environment, snipers that will shoot the player despite them using the Trickster Hunt the Prey teleport across the map, and stun locks that make survival almost impossible are just a few of the issues that players would like to see looked into. At the very least, People Can Fly can explain why some things are designed the way they are.

Balance changes to mods, skill trees, and the classes overall are also improvements that players are hoping to see. This is the most likely element to be addressed soon, since the Outriders developer said that gameplay balance is handled separately from trying to fix connection issues and other bugs.

Devastator players would love some attention to make them more appealing to team compositions. Anomaly builds are not nearly as prevalent because they don’t deal DPS. And overall the lack of build variety has started to show that the game could use a little boost in the depth department. Everyone has their own area where the game could benefit from some balance, but most agree that balance will improve things.

And then there is the endgame in Outriders. The scaling in Expeditions has already been discussed, but the way the endgame doles out rewards to players could use some work. Most agree that the timers on Expeditions only reward a certain playstyle: killing fast. Anything else like survivability or enemy control takes a backseat since the only way to get the best rewards is by getting through the encounter as fast as possible. Solo players are also at a disadvantage because if they die they start the whole Expedition over. Even if it’s just a one-time use, players would love to see a self revive mechanic added to solo play.

But most of all it’s the setup for the endgame that players have been regularly maligning online. Timers take a lot of the fun out of the experience and the loop for rewards can be perfected. There is a reason Legendary farm methods exist.

While there is a debate over where Outriders should put its attention, there is no question that the game could benefit from Quality of Life changes. However, any of the above items are likely on the backburner until the more pressing matters are fixed. Which leads to the Cyberpunk 2077 and Anthem connections.

Cyberpunk 2077 launched in a state that, for many, was unplayable. Crashes, bugs, glitches, and any number of issues prevented players from accessing the campaign or progressing through it. The game had so many problems that Sony delisted it from the PlayStation store.

Those that could play Cyberpunk 2077 did find some entertainment, but most agreed that the experience could improve. Enemy AI wasn’t very intelligent, police didn’t feel real, and the gunplay could use some balance. But developer CD Projekt Red’s focus at launch was making the game playable for as many people as possible. Improvements would come – and plenty have since the December release – but they took a backseat to core fixes.

Anthem was a similar story. Long log-in times and connectivity issues were the focus for developer BioWare at launch and thereafter. But players felt there were other areas that didn’t feel right with the game and could use some attention. In time, BioWare did address many of those issues, but much later. That’s not to say that fixing those issues sooner could have “saved Anthem,” but it might have helped

If a game’s foundation is faulty then it’s impossible to consider anything else. Outriders has so many areas that could benefit from tweaks or changes (or even discovering any potential bugs), but the developers can’t talk about making the experience better if many players can’t even access that experience. Hopefully, the core issues can be remedied soon – specifically the inventory restorations – and then the game itself can improve.

Outriders is available now for PC, PS4, Xbox One, and Xbox Series.

MORE: The Case for New Playable Classes in Outriders

An owner of every console since Atari, Anthony is willing to try any video game, good or bad, but prefers the ones that involve a deep and involving story. With the Ocarina of Time gladly sitting as his favorite game of all time, Anthony is a sucker for any game that has players wielding a fabled sword, but can still appreciate everything from a solid sports title to a game with a deep multiplayer experience.

By eventually combining his love of video games with his skills in film, Anthony hopes to bring some unique content to Game Rant in the future.