Outriders: How to Farm Titanium 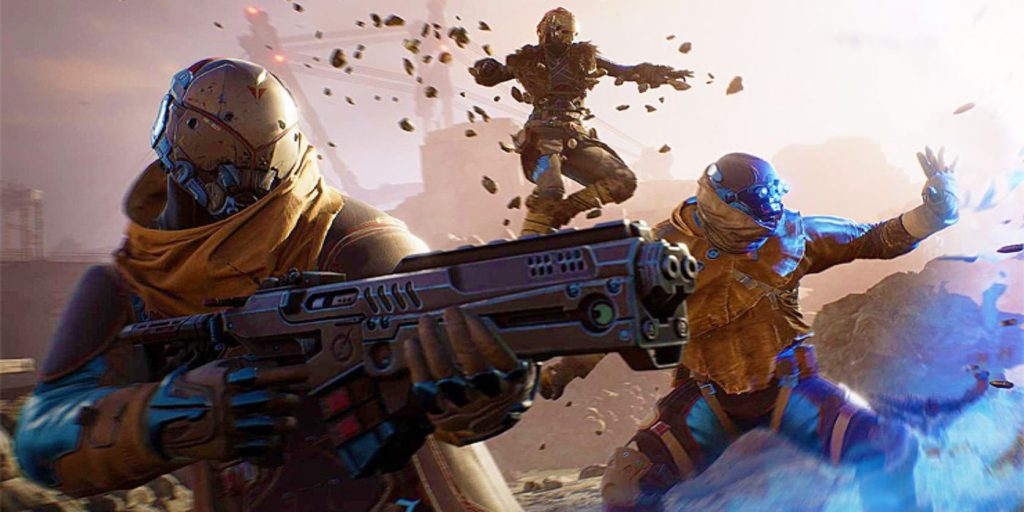 Outriders is a shooter that gives players a slew of arenas to farm loot and one of the most needed is titanium that can be found in certain ways.

Outriders is a new looter-shooter that’s teeming with collectibles and resources to find. The number of things to farm in this game can be a little overbearing at first until players get into the groove and know exactly where to go. One of the most used resources in Outriders will be titanium and players will always be in need of some. The heavy firefights throughout the arenas in this game can be confusing and many collectibles can end up getting lost. Therefore, it’s much easier to set up a formula and farm titanium to avoid losing time and endless grinding.

Titanium is one of the rarest elements to find in this game and it can be used for weapon enhancements and various character builds. Even though players can explore the world and can find some titanium by using a little luck, it can also be garnered by dismantling certain gear and weapons. As the game goes on, players will be finding themselves collecting quite the collection of Epic and Legendary equipment. Eventually, players will be needing titanium for a special piece of top-tier equipment, and dismantling some of the Epic and Legendary gear in the inventory is a nice little shortcut to find some titanium.

However, if players are not in the position to do that, then the alternative is by going after top-tier enemies during some missions. Usually, they’ll drop some titanium when they are defeated. On top of that, Ore veins tend to be loaded with this stuff and it’s advised to mine every one you see while exploring the higher-tier worlds. It’s also worth pointing out that every time a player reaches a new World-Tier (Pass Tier 9), the game will reward the player a batch of resources. Sometimes, this can come in the form of titanium, among other ores.

The batch isn’t the biggest in quantity, but it does help give players a little boost when trying to farm titanium. Of course, once players have reached World-Tier 9 (or above), the best way to farm titanium is by playing side-missions. Just make sure that it’s no sweat to beat these missions because, in order to farm titanium, they’ll need to be played over and over again. Luckily, Outriders allows players to replay side-missions as much as they want to farm the required ores they need to craft different gear.

The trick is that players must find a side-mission that spawns a couple of elite enemy types. There’s a variety of side-missions to try out in Outriders and players will need to find one that they’re comfortable with at their own discretion. As mentioned before, elite enemies tend to drop titanium at a regular rate. Thus, these missions also tend to have piles of extra gear that players can collect and dismantle. This tactic is the best way to find both titanium and extra loot for players to utilize later on while playing the game in higher Tier levels.

MORE: Outriders: Every Class Build Ranked From Worst To Best