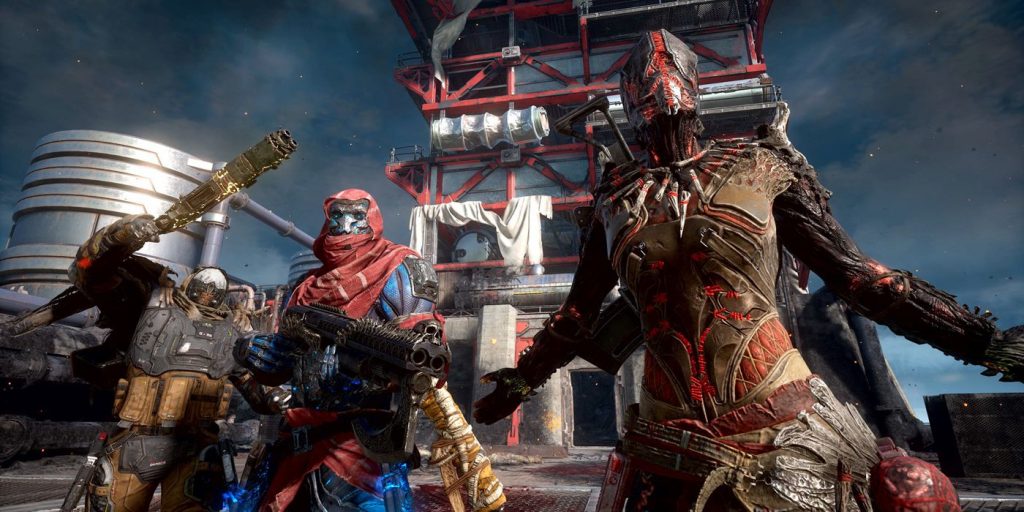 Square Enix announces a major update for the neglected Stadia version of Outriders, but not all fans are satisfied with the studio’s promises.

Publisher Square Enix and Developer People Can Fly released Outriders at the beginning of this month. The co-op RPG shooter has received mixed but generally positive reviews, although it fared better on some platforms than others.

In addition to severe bugs on all platforms, developers fell noticeably behind in patching Outriders for the Stadia. A Square Enix representative acknowledged this failure in a recent Reddit post and announced a major update is on its way.

RELATED: Outriders: How to Fix Old Powers Side Quest Bug

According to a post made on Tuesday, Outriders followed a substantially different development schedule on Stadia than other systems. The alternate plan was necessary to properly incorporate features such as Stream Connect, which are unique to Stadia. According to the post, that fact also means that the Stadia version has glitches and other issues not encountered on other platforms, and vice versa. The developer delayed plans to bring the different builds closer together due to the extremely troubled launch. Priorities included restoring players’ inventories after a recent bug deleted them.

However, Square Enix assures players that it is addressing the priority issues. This frees up personnel to continue bringing the Stadia version into line with the game on other platforms. The developers plan to release a major patch on the week of April 26th. Its primary focus will be fixing issues related to the game’s pre-order bonus. The Stadia version of Outriders may need an additional patch to bring it in line with other platforms. Square Enix did not give a specific timeline for the second update.

Unfortunately, the announcement seems to be too little too late for many Outriders players on Stadia. The comments under the post were overwhelmingly negative. “Just feels like we’re being treated like a red-headed step child (sic),” said one user. Others pointed out the lack of specificity in the announcement and the continued absence of the promised crossplay support. The post also failed to directly address Outrider’s serious glitches and performance issues on Stadia. Another comment pointed out that the developers are offering what is effectively a day one patch almost a month late. One commenter even threatened to demand a refund if the developer does not implement cross-platform support soon.

Observers have compared Outriders’ launch to that of Anthem and Cyberpunk 2077. All three launched in what was an unplayable state for many gamers. As with the earlier games, Outriders is in serious need of many quality-of-life improvements. However, the abundance of game-breaking problems necessarily took precedence.

While Cyberpunk may still recover, Anthem has been all but written off by its developer. Only time will tell which path the Stadia version of Outriders goes down.

MORE: Outriders: 10 Details About The Main Characters You Didn’t Know